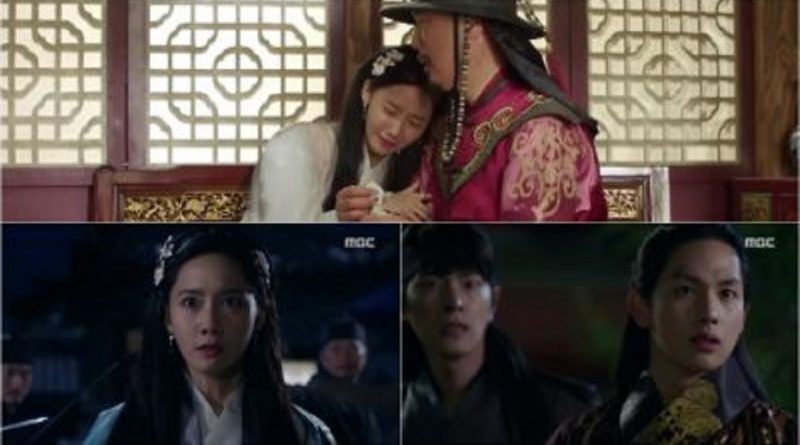 Lee Seung Hyu said he will hand over his student, not himself. The student’s identity was Eun San. Won Sung said Wang Won wanted strength because of Eun San, and he pulled Eun San who was trapped near the palace.

Wang Won and Eun San returned together, then Wang Rin (Hong Jong Hyun) moved to solve the problem until Sasindan returns. Wang Rin managed to save Eun Young Baek who was caught by Song In.

Eun San approacheD the head of Sasindan, a monk and stole his name. Wang Won moved Dan Kwan and set fire to the Buddha’s hand that Eun San brought. Then San Gwan told King Chungnyeol that on the day of the departure of Sasindan, there would be no more Gongnyeo.

Eunsan was kidnapped while they wanted the problem to solve. Song In moved in search of Eun Young Baek’s property. When Wang Won and Wang Rin found out that Eun San was kidnapped, they both ran.