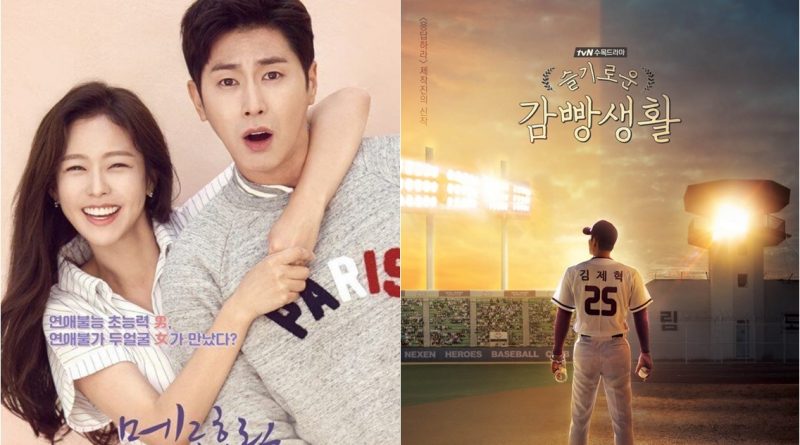 The month has changed, it is a sign for new dramas popping up. Korea does not stop producing works that are awaited by both domestic and foreign audiences. Curious about what new drama will be airing in November? Let’s refer to the following reviews, do not forget to mark the dates.

Just completing the drama ‘Ruler: Master of the Mask’, Yoo Seung Ho is ready to play in a new drama that will air on November 8th on MBC. Yup! ‘I’m Not A Robot’ is also his first romantic comedy drama. It tells about a man who is allergic to humans and never dating, but then he loves a female robot. Yoo Seung Ho will co-act with Chae Soo Bin.

This time the handsome actor Jin Goo must lose his beloved wife. Even so, he is still trying to find out the mystery behind the death of his wife who turned out to be related to his own family. In addition to Jin Goo, actress A Pink’s Eun Ji  will also play a role as a prosecutor. ‘Untouchable’ is scheduled to premiere on November 24th.

Yoon Kyun Sang has returned to the drama again. After acting as a doctor and historical figure Hong Gil Dong, Yoon Kyun Sang got a chance to portray the character of a detective. In the drama ‘Doubtful Victory’ he is a powerful detective with good instinct. Jung Hye Sung will be his opponent and act as a police inspector. We can witness their chemistry on November 27th.

Fans who have been waiting for Yunho on the screen can breathe a sigh of relief. Yunho will play in the drama ‘Melo Holic’ as a person who has the special ability to read the human mind when holding the hand of the other person. Then he meets a woman with double personality who changes his life. ‘Melo Holic’ will air on November 6th.

How life in prison feels like? If you’re curious, you can watch the drama ‘Wise Prison Life’ which premieres on November 16th. The drama is about the lives of prisoners and prison staff.s ‘Wise Prison Life’ starring Park Hae Soo, Sung Dong Il, Krystal, and Seungyoon Winner.