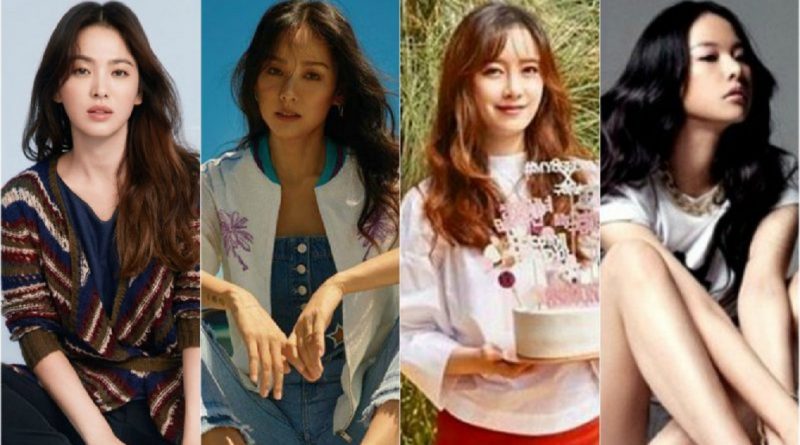 Actress Song Hye Kyo, Jo Yoon Hee, Goo Hye Sun, singer Lee Hyo Ri, become a hot topic because of their uniqueness, they adore their pets. These dogs are raised by animal enthusiasts who also love to train their own pets.

Song Hye Kyo is raising three bichon friezes. Song Hye Kyo has been a volunteer center for dogs for over 10 years.

According to the Kara ‘Animal Protection NGO’, Song Hye Kyo spends time with the dog whenever there is no schedule, and she loves animals by not doing bad things to animals.

Lee Hyo Ri adopted a dog as an animal service activity. She now lives with five dogs and three cats.

Jo Yoon Hee raises nine puppies. After a hit-and-run accident in November last year, a project to help rescued King Kong was done and it has becoming a spotlight ever since.

In an interview with the media in the past, Jo Yoon Hee said, “After being left by my dog, I started to put more attention to dogs,” and, “I feel stressed while acting and I become happy when I spend time with the animals. The wound healed”.

Goo Hye Sun keeps ten dogs and cats with her husband, Ahn Jae Hyun. Her passion for animals is large enough to design the house structures for their companion.

In particular, they both have a common interest to talk about their pets, and develop a deep feeling toward their companion. Both now take part in animal campaigns, leading in recognizing and improving complementary animal treatment.

June 22, 2017 Tirta Comments Off on Lee Je Hoon’s Wish for His New Movie, ‘Anarchist from Colony’