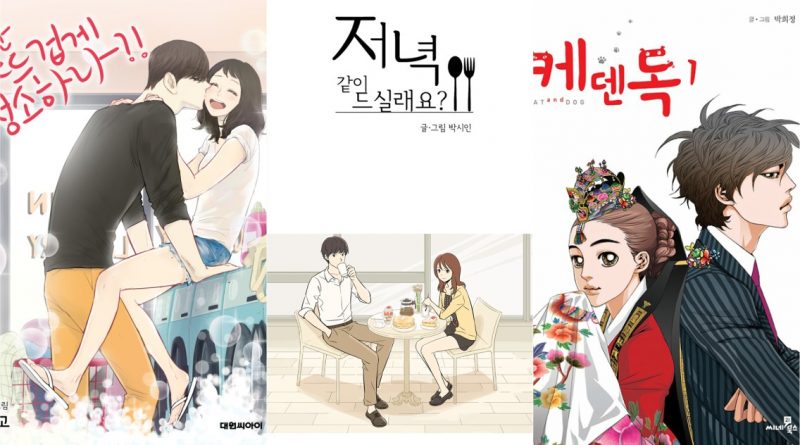 The Webtoon tells the story of focusing on the leading actor who works at the janitorial company. The female lead actor named Oh Oh Sol is a very positive and unique person. He is not too concerned with dirty, unlike the main actor named Jang Sun Gyul. He is a tampam and well-established man who owns the cleaning company. Jang Sun Gyul has a disease that makes him very fond of cleanliness and should always be clean. The drama is planned to be aired on JTBC next year.

2. Let’s Have Dinner Together

The Webtoon tells of a man and woman who were queuing up at a restaurant to eat. They were mistaken for a couple and ended up eating dinner together. After their first unintentional meeting, they meet and dinner together every week. They also know each other through the dinners they do together. Webtoon is planned to be aired on SBS every Wednesday and Thursday. The drama plan of this webtoon will have 16 episodes and will air on December 2017.

Webtoon ‘Cat and Dog’ tells of a girl from the hinterland who had been mated since childhood. The man he is currently matching is a famous actor. They both have different backgrounds because the female lead still upholds traditional values while the male actor is more modern because he is part of the hard entertainment world. The drama adaptation of the webtoon is planned to be aired on MBC but no further details have been made about it.