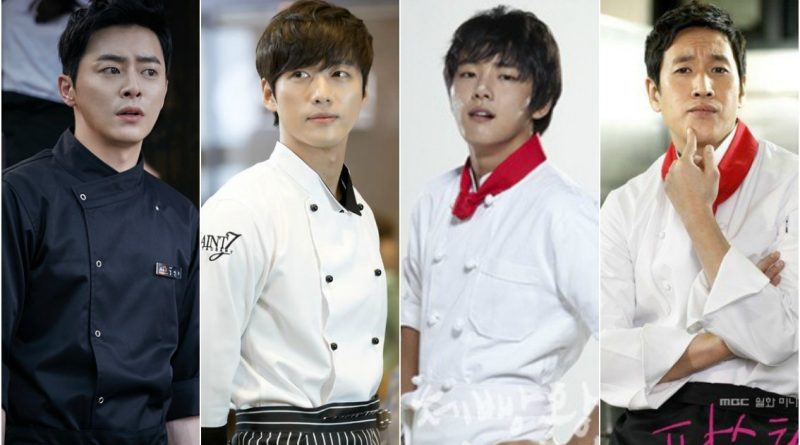 Various male characters with various professions are presented in Korean drama, including the chef. That way, there are characters of a handsome chef who are loved by female fans. Who are they?

Who does not know chef Kang Sun Woo aka Jo Jung Suk in the drama ‘Oh My Ghostess’? Although this character looks annoying, he turned into a nice and gentle man after meeting female idol Na Bong Soon. His patience and perseverance in managing the business and teaching his employees really fascinated female fans.

‘Bread Love and Dreams’ is one of the dramas that was aired on our local TV station. The drama was popular in its era and Kim Tak Goo’s chef, played by Yoon Shi Yoon, drew attention. His really bad past did not make him despair but motivated to be better.

Kwon Jae Hee plays an evil character in the drama ‘The Girl Who Sees Smells’. But imagine if he is not evil, is not he dazzling? In addition to being handsome, he is also very good at cooking and explaining the step details on TV on how to make delicious dishes. He also looks very good at treating his employees at his restaurant.

Choi Hyun Wook has also entered the list of ideal chefs for women. How come? He can make Seo Yoo Kyung fall in love. He started his business from scracth up to really achieve success.