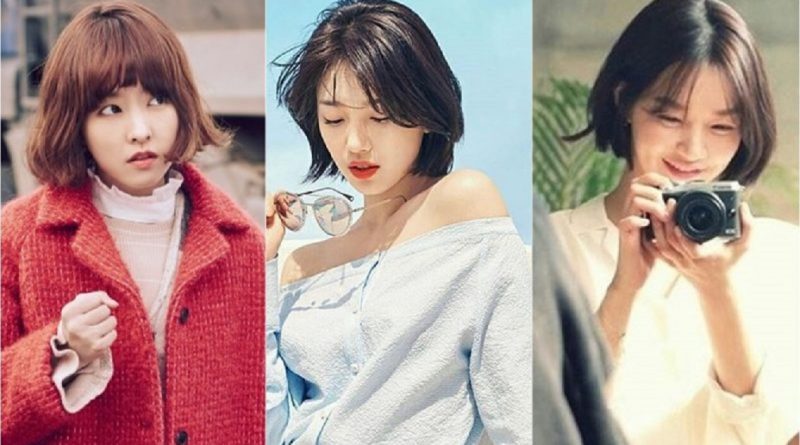 In hot weather, something refreshing is best. Here is a list of celebrities who change her hairstyle to be short.

Kim Min Jung plays as the joyful and honest Cha Do Ha in JTBC ‘Man to Man’ drama. The most distinctive appearance is her bangs. It makes her character more prominent. The main point is on the flat bangs that reach the eyebrows.

In SBS ‘While You Were Sleeping’ Suzy transformed with short hair. Suzy is one the stars who always has a long straight hair, but this time she undergoes an extreme transformation for her work. Suzy plays the main character named Nam Hong Joo who can predict the accident through her dream.

In the MBC drama ‘Lookout’, Lee Si Young also has short hair. She cuts her hair for getting the role of detective Jo Soo Ji who actively plays a gun. Now she has been waiting for the birth of her child and is ready to live a new life as a mother.

When her hair is long, she is seen as a spoiled and beautiful actress. In the movie ‘My Love My Bride’ she has short hair and looks stylish. In the tvN drama ‘Tomorrow With You’ her long hair made a comeback, but after the filming, she cuts her hair short again.