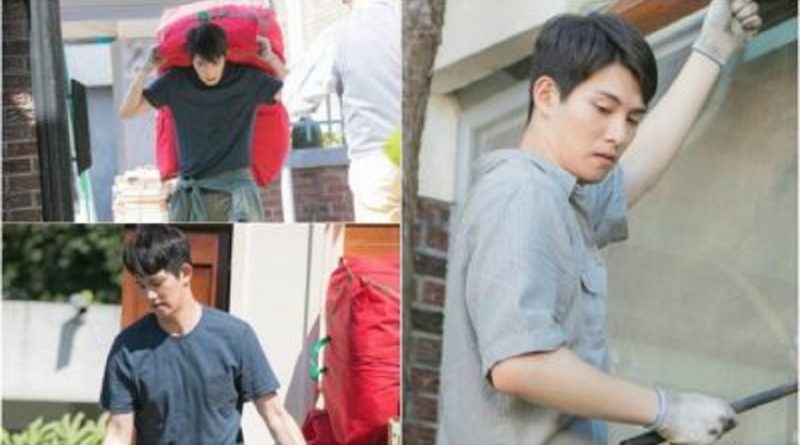 The new Monday-Tuesday drama from KBS 2TV’s ‘Girls’ Generation 1979′ which will premiere on September 11 released its leading cast Lee Jong Hyun on set.

‘Girls’ Generation 1979′ is a romantic comedy drama depicting love and friendship of teenage high school girls in the late 1970s.

In the released photo, Lee Jong Hyun was very busy fixing the houses. Lee Jong Hyun is also proud of his appearance, which even shines in his clothes he uses casually to work, revealing his powerful mature appearance with his arm muscles protruding from his sturdy chest and arm that cannot be hidden by a loose T-shirt.

In recent years, his rarely seen appearance has attracted attention. In the 70s, when there was no service that helped moving home, everyone who moved had to move the luggage and move it together. So those living at that time will be attracted to nostalgic life than those who live in the present.

Young Chun, played by Lee Jong Hyun, is a pharmacist who helps someone to work as a ‘pharmacy graduate’, a 20-year-old boy who is responsible for caring for his younger sister, who is a typical gangster.