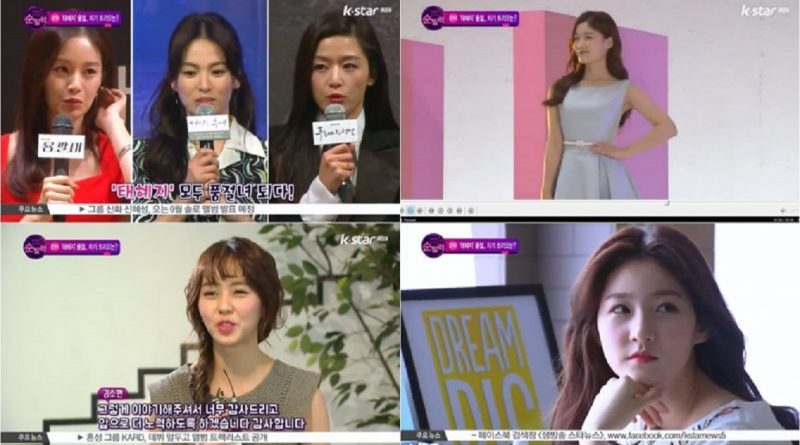 If we hear the name ‘Tae Hye Ji’, it is not an exaggeration to mention that these are the names of Korean top beauty representatives. If we want to talk about actresses who have long-lasting beauty despite no longer being in their 20s, we can mention ‘Tae Hye Ji’. The perfection of ‘Tae Hye Ji’ can not be hidden, even by their marital status.

Jun Ji Hyun, who got married in 2012, still succeeded in all the works that she has done since the marriage. Even after Kim Tae Hee announced her relationship with Rain, got married, and now pregnant with their first child,
she is still considered one of the many Korean top stars. Lastly, news of Song Joong Ki and Song Hye Kyo’s wedding date recently grabbed public’s attention. This means the ‘Tae Hye Ji’ now belongs to their husbands. to Who will replace the ‘Tae Hye Ji’ as Korean beauty representatives in the future?

There are some actresses who are considered as their successor. The first candidate is Kim Yoo Jung, who debuted as a model in 2003, but now more active on drama screens. Kim Yoo Jung’s peer, Kim So Hyun, also has shown her potential as an actress. There is also Won Bin’s ‘daughter’, Kim Sae Ron, who’s more well-known as an adult actress rather than child actress.

Kim Yoo Jung, Kim So Hyun, and Kim Sae Ron started their career as little actresses and grew up developing their acting power. Fans expect these three girls to be able to be the next ‘beauty representative’ that will replace ‘Tae Hye Ji’ in the future.