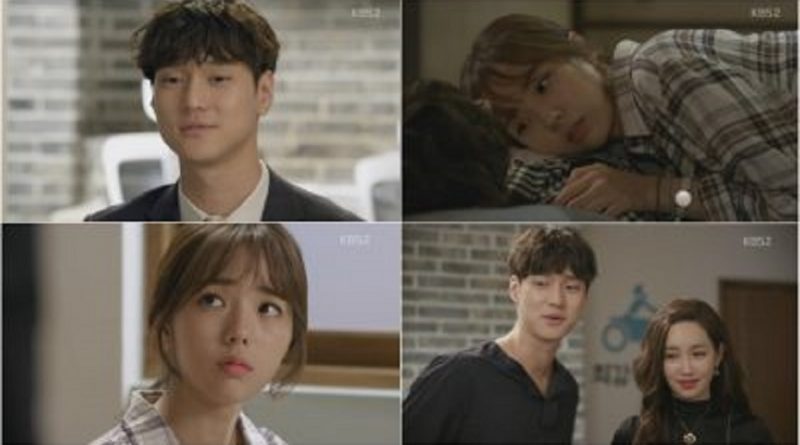 ‘Strongest Deliveryman’ Chae Soo Bin could not stop her jealousy seeing Ko Kyung Pyo meeting with his senior Lee Yoo Ri. In the middle of it, their love story was also growing.

Palpalsutha’s owner Dong Soo and Soon Ae dismissed Lee Dan Ah (Chae Soo Bin) and said, “In the future, we will give Kang Soo 1,000 won a company by remaining as a freelancer. And we also decided to give upstairs to ‘The Strongest Delivery Agent”.

Kang Soo tells Dan Ah, “I’ll feel good if you work for me.” Ah was angry, but finally went to the office with the launch ceremony.

Then Kang Soo said, “Stop,” to Dan Ah, he continued, “Invest,” he also said he would invest 115 million won and expressed sincerely that although he had no family, his friends were also family.

And Ah who came home said to Kang Soo, “I find it strange to see the woman alone. Suddenly I was curious. How does it feel to have no one? I’m alone in this world alone. Suddenly, I feel that what he feels is familiar. ”

After that, when asked to develop a shipping app, he met Yoo Hwa Young (Lee Yoo Ri), his senior who he has ever helped. Hwa Young kissed Kang Soo’s cheek as soon as she saw him and said that Kang Soo has a relationship since he saved her. And Ah, who saw Hwa Young kissing Kang Soo and doing skinship, showed her jealousy and attracted attention.

Kang Soo and Dan Ah often fight. Ah did not reveal the truth, but thanks to Kang Soo’s attention, she can often laughs. Especially when Dan Ah slept on Kang Soo’s chest and listened to Kang Soo’s heartbeat, it made both nervous.

February 16, 2018 Tri Comments Off on 3 Male Stars Who Are Good at Cooking
MUSIC Rank&Talk