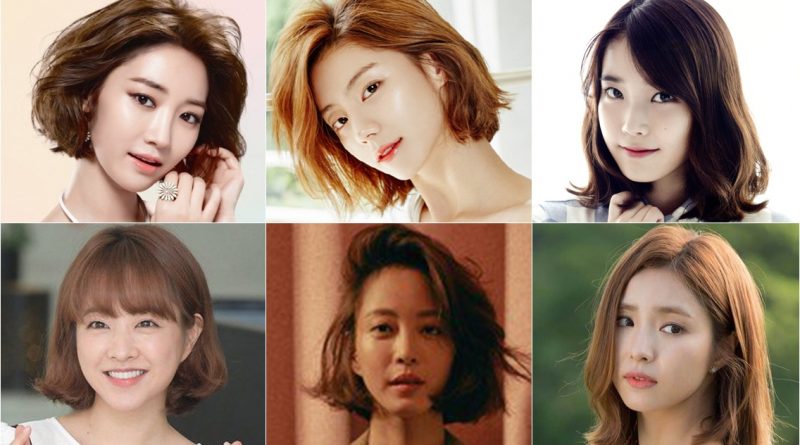 Every season change, women must be dreaming of having a fresh look, and they cut their hair to change the image. However, many women are afraid to cut hair because it takes a long time grow them back. Some women want to shorten their hair for being inspired by celebrities who look good with short haircuts. Let’s reveal six female celebrities who make short haircut a trend in Korea these days.

The first actress who made a short hairstyle into a trend is probably Go Joon Hee. Many women say, “Make my haircut like Go Joon Hee” when they visit a hair salon. We cannot even imagine Go Joon Hee having long hair.

Park Soo Jin is called the ‘Short Haired Goddess’. This haircut has made her skin look brighter and fresh. In addition, her  appearance with new haircut makes her look stand out. Short hair owned by Park Soo Jin has became popular.

Many viewers love the appearance of IU with short hair, when appearing in JTBC’s ‘Hyori’s Home Stay’ variety show as a part-time worker. IU’s short hairstyle makes her jawline look more visible. She looks like the character Mathilda in the movie ‘Leon’. IU cut her long hair and transformed into a chic urban woman.

Han Ye Sul also looks perfect with short hair. During this time, Han Ye Sul has been keeping her long hair but recently she was seen cutting her hair. With a without bangs hairstyle, Han Ye Sul looks more beautiful and sexy.