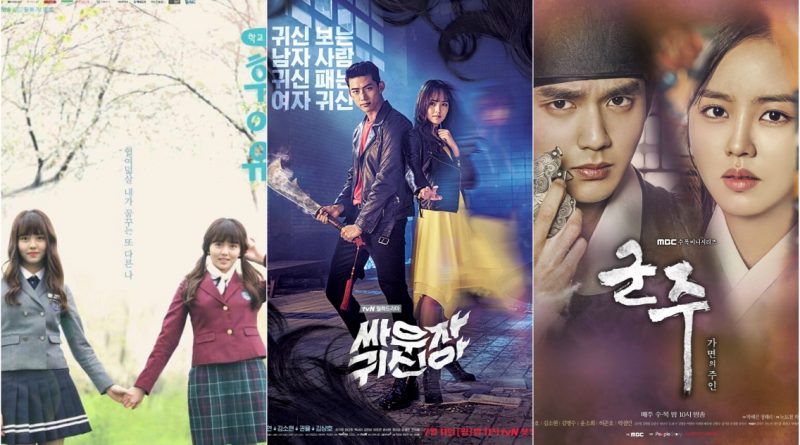 In this drama, Kim So Hyun played two characters, as Go Eun Byul and Lee Eun Bi. Go Eun Byul and Lee Eun Bi are identical twins. Lee Eun Bi lives in an orphanage while Go Eun Byul, Eun Bi’s twin sister lives with a woman who adopts her. Due to bullying, Eun Bi decided to end her life but she is saved by his twin sister. Eun Bi suffers from amnesia after that. When Eun Byul’s adopted mother mistook Eun Bi as Eun Byul, she began to assume the identity of her twin soster.

She became the female lead character of this series named Kim Hyun Ji. A high school student who since the car accident at the age of 19, has been exploring the earth for five years as a wandering spirit. Without the memory of her past, he can not go on living. Finding that Bong Pal can keep her secret behind, she moves in with him and becomes a ghost engagement partner. She can see how the ghost is killed, letting him help Bong Pal in driving them away. Live and fight, together and fight each other, she then falls in love with Bong Pal.

Kim So Hyun’s unique character has come a long way since episode 1. Last month, the 18-year-old actress started her journey as Han Ga Eun in Ruler: Master of the Mask. Ga Eun has experienced enough trials in nearly 30 episodes. She was a kind and happy daughter of a noble from the beginning. As the show progresses, she tragically lost her father, became the leader of her city, entered the palace as a court lady and ended up as one of the finalists to marry the king.