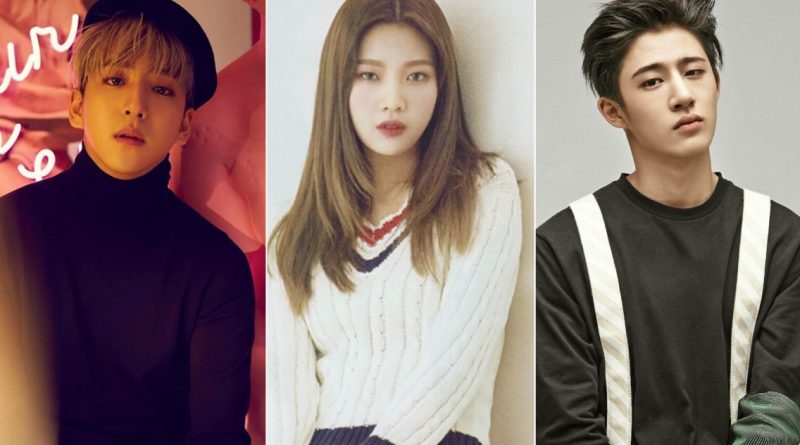 Many idols do promotions with stage names different to their real names. Sometimes, it’s because they have the same name as someone who already works in the entertainment industry. At other times, they intentionally choose different names to create a new identity. Often, this stage name also has a special meaning which sometimes signifies a person’s role or motivation. Here are 6 idols that represent many unique stage names that exist in K-Pop:

Supposedly, her stage name comes from taking the last syllable of her real name, ‘Sun’ using literal English which means “sun” and turning it into a Solar.

Another explanation is if you scale up using solfège (do, re, mi, etc.), ‘so’ and ‘la’ are side by side. If you combine these two syllables, you can get Korean ‘Solar’ pronunciation.

Although there are several theories surrounding the origin of his stage name, the main theory seems to be the gift given to him by his agency president, who told him to ‘live right’. His stage name is from these words, a particular phrase in Korean.

Another funnier and less serious explanation is that he always wants things done ‘right now’ or ‘baro’ in Korean.

Joy became her stage name so that she will only experience the fun while she is active in the entertainment world. This corresponds to her image as a joyful idol who is known for her bright smile.

If you look for “oh neu” Onew’s phonetic pronunciation in Korean dictionary, it means having a soft personality and gentle attitude.

His stage name is also the symbol of his gentle and soothing voice.

As a rapper, an idol must have a charismatic stage name. The stage name is an abbreviated form of ‘Be I’ chosen to mean “I can be whatever I want.”

IU is exactly what it means in English; This is a combination of ‘I’ and ‘you’ which signifies that her and ‘you’ as the audience who become one through music.

November 27, 2017 Ria Comments Off on Celebrities Winter Fashion at The Premiere of ‘Room No.7’
MUSIC VIDEO