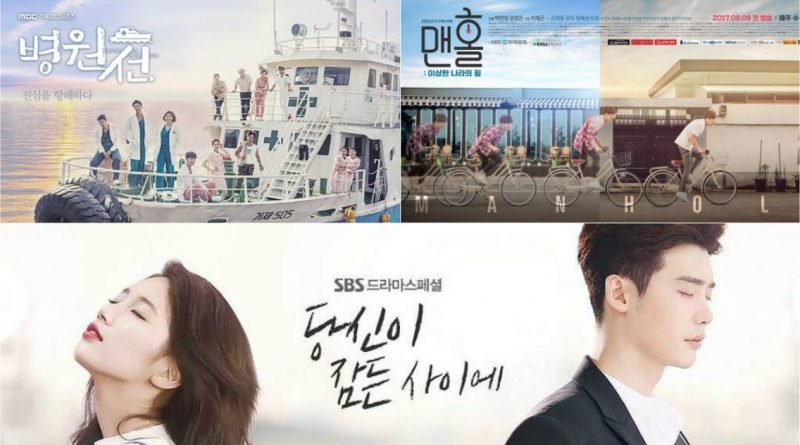 The fierce competition for the audience rating between the drama ‘While You Were Sleeping’ and ‘Hospital Ship’ has begun.

According to Nielsen Korea on the 29th, the episode on 28th of the Wednesday-Thursday drama SBS ‘While You Were Sleeping’ received an 8.3% rating for episode 1 and 9.2% for the second episode. This figure is higher than the first impression on the 27th, which received ratings of 7.2% and 9.2%.

MBC’s Wednesday-Thursday drama ‘Hospital Ship’ which airs at the same time received a rating of 9.3% for episode 1 and 9.3% for episode 2. This figure is also higher than the 27th of last month which received ratings of 9.8% and 10.6%. This drama continues to rank first despite the presence of drama ‘While You Were Sleeping’.

‘While You Were Sleeping’ which aired on the 27th is written by Park Hye Run. The drama starring Lee Jong Suk and Suzy has the theme of romantic fantasy drama. This drama is predicted to complicate the competition between Wednesday-Thursday drama because it gained a large number of viewers since its first episode.

The drama ‘Hospital Ship’ has shown its strength so far by being ranked number one in Wednesday-Thursday drama competition, and even with the broadcast of drama ‘While You Were Sleeping’, it still maintains a rating above 10%. A small difference of 1 to 2% of the two dramas makes the winner of this competition unpredictable.

Nowadays people are curious whether’Hospital Ship’ can maintain its position as the winner of Wednesday-Thursday drama competition. KBS’s drama  ‘Manhole’ that aired at the same time ended with a rating of 1.9%.