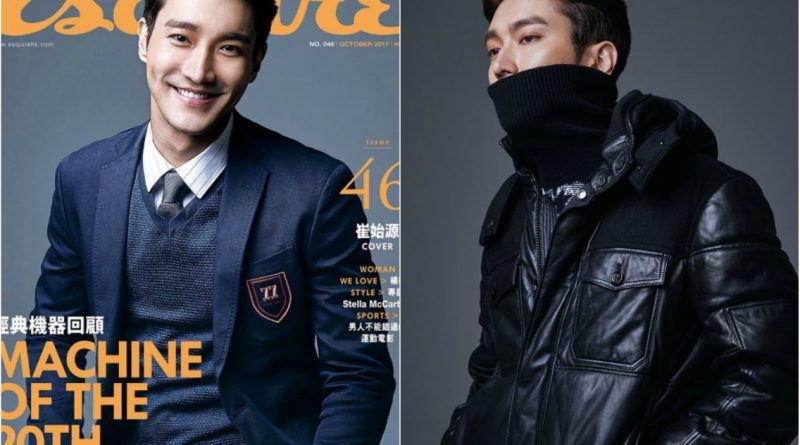 Actor Choi Siwon (under the agency SM Entertainment) has become the cover of ‘Esquire’ Hong Kong, men’s fashion magazine around the world.

‘Esquire Hong Kong’ released photos of their cover model Choi Siwon which was published on the 1st for its October edition, and he captured everyone’s attention with his distinctive, extravagant and fashionable appearance.

The first picture shows Choi Siwon with the concept of ‘Relax and Cool Lifestyle’. Choi Siwon received the praise and appreciation from the staff for making poses and perfect expressions in a relaxed atmosphere.

The ‘Esquire Hong Kong’ party said, “Choi Siwon is a versatile figure in various fields such as singing, acting, and as a special ambassador for UNICEF. He continues to contribute his talents so he can convey the image of a mature and confident Esquire Hong Kong. We think he’s the best man for this edition.”

Choi Siwon is scheduled to meet the audience as a romantic third-generation chaebol named ‘Byun Hyuk’, in the Saturday-Sunday drama tvN ‘Revolutionary Love’ which will premiere on October 14th.