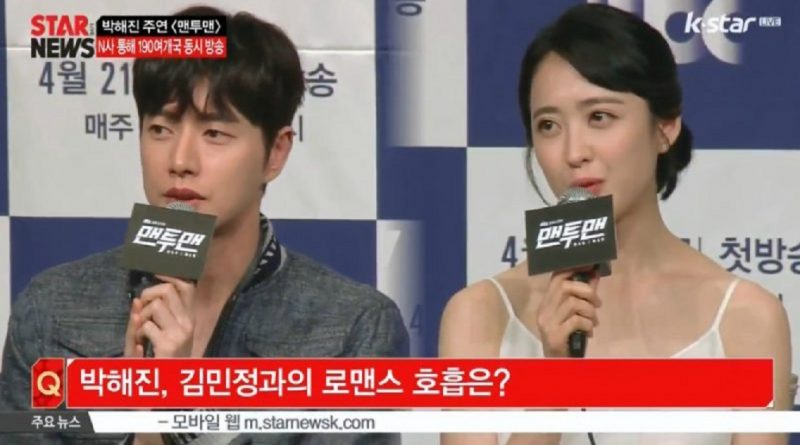 Not only Park Hae Jin, this drama also stars Park Sung Woong, Kim Min Jung, Yeon Jeong Hyun, and more. This drama has been attracting public attention because it’s directed by ‘Remember’ Lee Chang Min and ‘Descendant of The Sun’ screenwriter Kim Won Suk. Park Hae Jin plays the role of Kim Sul Woo, a ‘ghost agent’ who has amazing skills in disguising himself. The Friday-Saturday JTBC’s drama, ‘Strong Woman Do Bong Soon’, is a huge hit on the market. It seems like Park Hae Jin is carrying a heavy burden to follow the steps.

Park Hae Jin and Kim Min Jung who have a love story in the drama also attracted attention with their matching outfits at yesterday’s press conference. Park Hae Jin mentioned that one of the main points to look forward to this drama is because of its love story. Park Sung Woong became the representative of the casts of the drama when they were asked about the expectations of the audience rating. If the rating is more than 10% then he will do a charity work which he actually often does as well.

This drama is increasingly attracting public attention as it can be watched worldwide through Netflix. This drama can be seen live on the same day as its broadcast in Korea via the app. ‘Man to Man’ will start airing on 21st of April.

May 28, 2017 Tirta Comments Off on Kim Myung Min and Byun Yo Han in ‘A Day’ Press Conference
STAR VIDEO