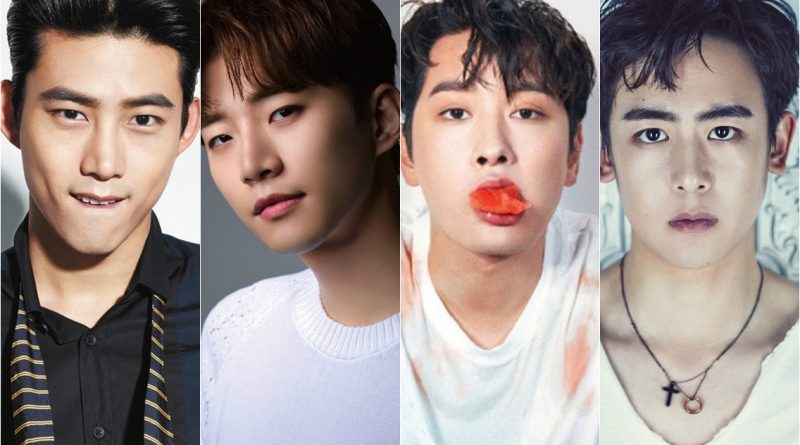 2PM receives great attention because of their prominent appearance this year. They captivate the attention of viewers with acting talent and performances through various dramas. After their 10-year debut, they have become more prominent as actors than ever before and are showing new looks.

Junho Starring in ‘Chief Kim’ and ‘Just in Love’

This year, Junho was busy being an impressive actor. In March, he has finished starring in KBS 2TV’s Wednesday-Thursday drama ‘Chief Kim’ and earned praise for his acting. In the drama, he is a member of the central prosecutor in the criminal investigation department. He made a deep impression acting as an antagonist character.

Thanks to ‘Chief Kim’ fame, Junho is soaring to become the top actor. He will star in JTBC’s new drama ‘Just in Love’ as the main character. The character he will play is Lee Kang Doo.

Taecyeon Starring In ‘Save Me’

Taecyeon’s role in OCN’s weekend drama ‘Save me’ is also unforgettable. On September 4th, Taecyeon has officially joined the military and acted in a pre-production drama ‘Save Me’. He played the role of Han Sang Hwan, who tries to save his friend, Im Sang Mi (Seo Ye Ji) who is trapped by Pseudo religious group.

The youngest member of 2PM, Chansung has become a ‘Scene Stealer’ through various dramas. He proved his memorable presence in SBS Wednesday-Thursday drama ‘Suspicious Partner’ and KBS 2TV ‘Seven Day Queen’. Chansung played Jang Hee Joon, a murder victim and former lover Eun Bong Hee (Nam Ji Hyun) in the drama ‘Suspicious Partner’. While in the ‘Seven Day Queen’, he acted as a faithful Seo No.

This Thai-American member for the first time acted in Korean drama through JTBC’s web drama ‘Magic School’  that is currently running. He has starred in Thai and Chinese dramas, but this is the first for Korean dramas. Nickhun acts as the resident of the United States. Although this is the first time he acts in Korean work, he can fully explore Joon’s character and captivate viewers with his unique acting and charming smile.