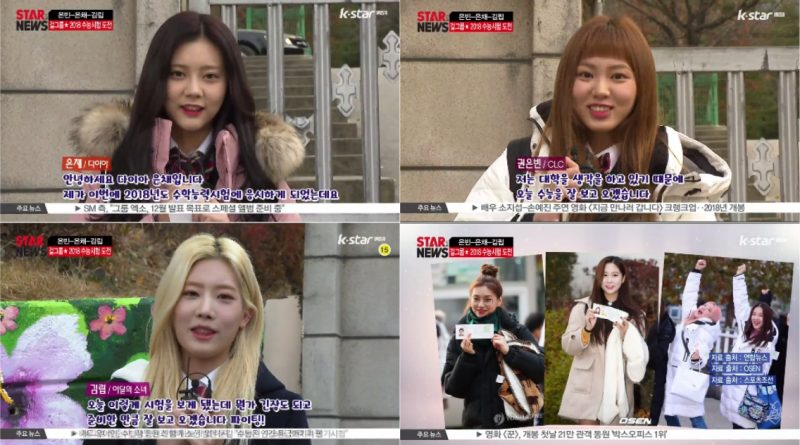 The university entrance exam 2018 has been held. This year many stars are taking the university entrance exam. Kwon Eun Bin CLC, Eun Chae DIA, Kim Lip LOONA came to take the test as a regular high school student, not an idol star. The first idol we found was Kim Lip who wore a black coat over her uniform. For Kim Lip, this test is very important and she said LOONA members prepared her lunch.

Then, Eun Chae DIA wore a uniform with a warm pink coat at the test location. Until now, she is still actively promoting ‘Good Night’, but she is still preparing for university entrance exams in the middle of busy schedules. Eun Chae is preparing for her sponsorship test during DIA promotion period.

The girl who took the first test as an adult! In addition, many idol stars such as Kim Do Yeon Weki Meki and Da Young WJSN have taken the exam. We hope they get good results despite preparing it in the middle of a busy schedule!

July 13, 2017 Tirta Comments Off on What Kind of Dress that Song Hye Kyo Will Wear on Her Wedding Day?
STAR VIDEO