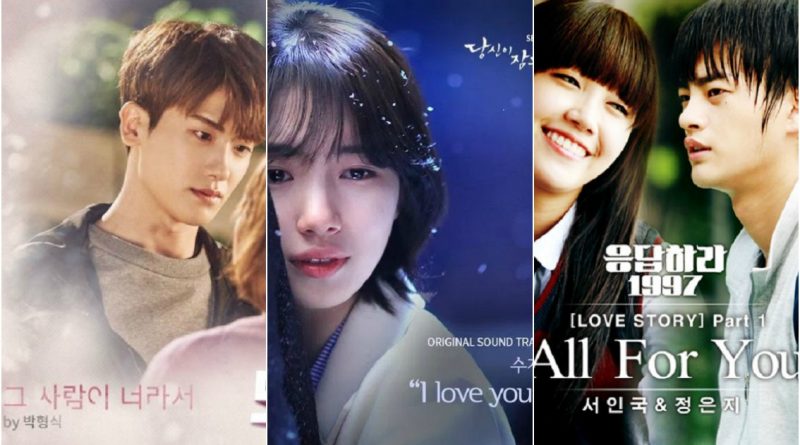 Some actors and actresses in Korean drama sing OST for their own drama. Many of these OSTs then become hits. Here’s the best OST sung by drama stars.

1. Suzy – I Love You Boy ‘While You were Sleeping’

Song Seo In Guk and Jung Eun Ji who played in the drama ‘Reply 1977’ sing a song which is said to be a legendary song. Many are fond of and truly appreciate the meaning of this song. No wonder this song finally won many awards such as Best OST at the 14th Mnet Music Award, 1st K-Drama Star Award, and 4th Melon Music Award.

3. Lee Seung Gi – Losing My Mind ‘My Girlfriend is a Gumiho’

Lee Seung Gi has also participated several times in his drama OST before. But according to loyal fans Lee Seung Gi song Losing My Mind is so adhered to the heart because this drama was very popular in 2004. This OST had won the Best OST award at Melon Award.

4. Park Hyung Sik – Because of You ‘Strong Woman Do Bong Soon’

The drama ‘Strong Woman Do Bong Soon’ is a drama where Park Hyung Sik for the first time becomes the male lead. The character is instantly popular, as is the OST he sings. Park Hyung Sik is said to have a very soft voice that gives a calming effect.

Park Bo Young has never sang before, so OST ‘Oh My Ghostess’ is the only way she shows her voice to the world. The OST becomes favored by the viewers of the drama.

Of the 5 OSTs, which is your favorite?