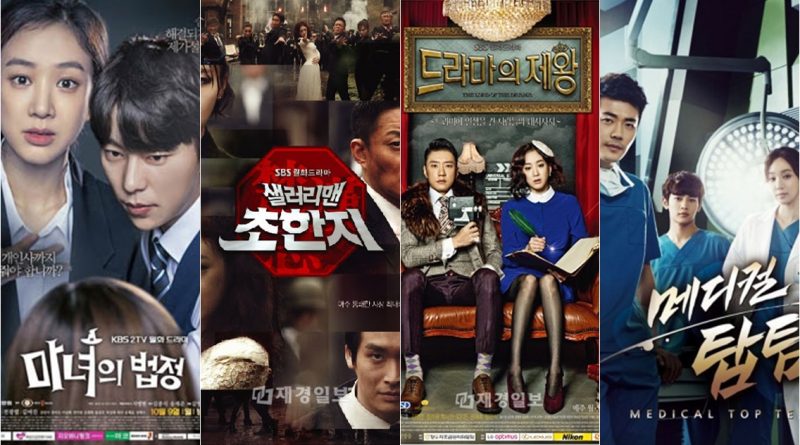 Actor Jung Ryeo Won is preparing to greet the viewers through ‘Witch’s Court’. In KBS new Monday-Tuesday drama  ‘Witch’s Court’, Jung Ryeo Won acts as Ma Yi Deum, a highly skilled prosecutor. She is a prosecutor who does not care about anything but her success. Ma Yi Deum not only punished the perpetrator but fought for the victim, an expert prosecutor who fought and grew more powerful, showing her acting transformation.

In 2015,  Jung Ryeo Won returned to the screen after 2 years with ‘Bubble Gum’. Through various works, she is remembered by the viewers because of her strong character. Before you see Ma Yi Deum ‘Witch’s Court’, here are some characters she has played before.

In ‘History of Salaryman’, Jung Ryeo Won plays the role of Baek Yeo Chi, a daughter of a conglomerate. She released the image of a shy and innocent woman and met fans with a different 180-degree charm to be the figure of a tomboyish woman.

Especially, her acting was perfect from drunken acting, hanging, disrespectful, and her swearing sounded natural. She performed a realistic acting, and show her power of acting, giving the best performance in the SBS drama in 2012.

‘The King of Dramas’ As An Assistant Writer Lee Go Eun

In the drama ‘The King of Dramas’ Jung Ryeo Won plays Lee Go Eun, an assistant writer who is passionate about drama. Her history with Kim Anthony’s drama producer, played by Kim Myung Min was very good. Jung Ryeo Won became the subject that reinforced the reality of drama production, she conveyed his loyalty and passion as Lee Go Eun. Jung Ryeo Won’s ability to express unique emotions showed different levels of acting.

Jung Ryeo Won first challenged her acting skills to become a doctor in ‘Medical Top Team’. She plays Seo Joo Young, who is a thoracic surgeon, not losing her passion in drama. She showed off her acting skills, portraying solitary characters and loneliness by looking cold from the outside.

In this way, Jung Ryeo Won met filmography with character and acting analysis that doubled her charm on each work she was in.

Jung Ryeo Won for the first time acts as a prosecutor in ‘Witch’s Court’. Her transformation this time has become the topic of conversation. ‘Witch’s Court’ will air on October 9th at 10 pm South Korean time.