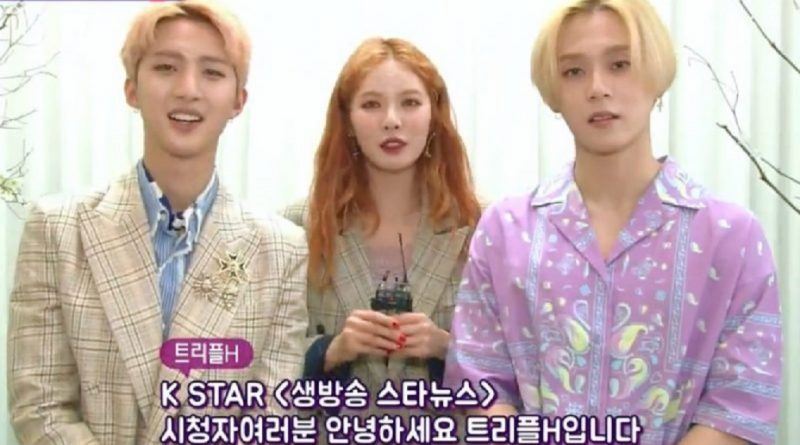 Triple H recently premiered a new reality show called ‘Triple H Detective Agency’ in KSTAR Channel. Not only reality show, this program will also give many news related to their music and activities.

Triple H is reported to have finished filming their new MV and did a photo shoot. If in Trouble Maker HyunA showed off her sexiness, this time she looks more energetic. It seems that Triple H will present a completely different concept than Trouble Maker.

“I want to show our performances, our charms, also our preparations for Triple H’s album in detail,” Hyuna said. “To be honest, this is not my first reality show. But in this new reality show, I want to show the sides that I have never shown to other people before.”

What do Hui and E’Dawn think of HyunA’s new side? “At first I was reluctant because she seemed quite a perfectionist about her performance. She’s a little bit scary,” said Hui. While E’Dawn said, “She’s like a mother~ I don’t know if it’s because she’s similar to my mother. This might sound funny, but she has similar responses, talking style, and traits with my mother.”