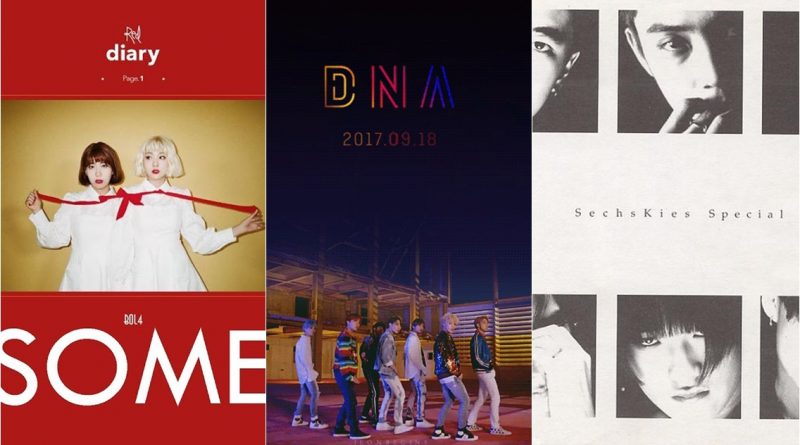 Bolbbalgan4 has been going strong in the competition. BTS and Sechskies also maintain their rank with their huge fandom.

On the 5th, Bolbbalgan’s new song ‘Some’ was ranked 1st on Mnet, Soribada, Bugs Music, Olle Music, and Monkey 3. The song released one day before the Chuseok holiday and got a warm response.

BTS also got an All-Kill on the Melon charts. Almost all the songs in the new album ‘Love Yourself’ such as ‘DNA’, ‘Best of Me’ and the song released in February ‘Spring Day’ ranked from 1 to 3.

Sechskies also topped the charts in Naver Music. In Genie Music, the song ‘Special’ got 1st place proving their fame as a group.