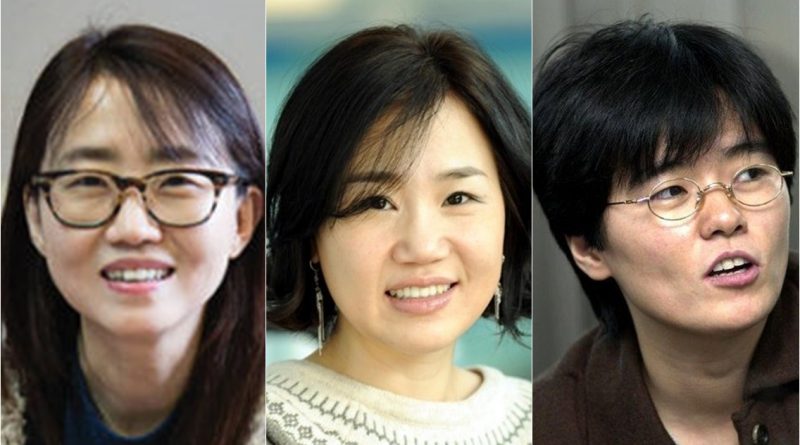 The trusted drama writers will return to the screen. The golden period of star writers like Kim Eun Hee and No Hee Kyung will begin.

Writer Kim Eun Hee is preparing for Netflix drama ‘Kingdom’. ‘Kingdom’ is a drama that tells of the bitter truth that threatens the whole country in the process of investigating the plague by the crown prince Joseon. Starring Joo Ji Hoon, Ryu Seung Ryung, and Bae Doo Na, ‘Kingdom’ is a work written by Kim Eun Hee since 2011.

Kim Eun Hee who has written ‘Sign’, ‘Phantom’, and ‘Signal’ will prove her ability once again. Kim Eun Suk has produced box office works, such as ‘Descendant of the Sun’ and ‘Goblin’. Previously, Kim Eun Suk has also written the works ‘Lovers in Paris’, ‘On Air’, ‘Secret Garden’, ‘A Gentleman Dignity’, and ‘The Heirs’. The uniqueness of Kim Eun Suk lies in the plot and its dialogue.

In first half of next year, Kim Eun Suk will produce a new weekend drama on tvN ‘Mr. Sunshine ‘. Together with PD Lee Eung Bok, this work is highly anticipated. ‘Mr. Sunshine’ tells the story of a man who went to America to become a soldier when Shinmiyangyo occurred in 1871 and returned to his hometown later. It stars Lee Byung Hun, Kim Tae Ri, Yoo Yeon Suk, Byun Yo Han, and Kim Sarang.

The uniqueness of writer No Hee Kyung is a sensual atmosphere and a good plot development. When the drama is finished, it will leave a deep impression on its viewers.For example, the dramas ‘The World That They Live In’, ‘A Lie’, ‘The Winter, The Wind Blows’, and ‘It’s Okay It’s Love’. No Hee Kyung will be back with a new drama tvN ‘Live’ after 2 years. ‘Live’ tells the story of the life of police officers, starring Lee Kwang Soo, Jung Yoo Mi, and Bae Sung Woo.