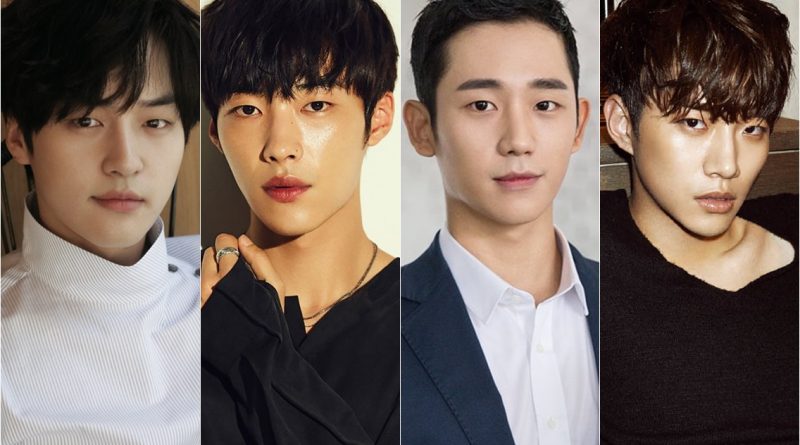 Changes start happening on the screen. The next new generation has been born following Kim Soo Hyun, Lee Jong Suk, Lee Min Ho, and Ji Chang Wook. The new leading actors are Yang Se Jong, Woo Do Hwan, Jung Hae In, and 2 PM’s Junho. The four actors become new faces who combine skillful acting and beautiful visual. Currently, they are on their way to a more brilliant career, becoming a big star with a refreshing charm.

Yang Se Jong is a potential newcomer actor. In his sweet appearance, he has a warm voice. With his solid acting skills, he was soon appointed to be the main actor in a drama. Yang Se Jong is a newcomer who is building his acting career, and his acting skills are acknowledged. He plays two characters at once in the drama thriller ‘Duel’, after which get cast in ‘Temperature of Love’. In each of his works, he displays a new face and makes everyone stunned. Currently, he acts as a chef named On Jung Sun and provides warm performance on the screen.

Woo Do Hwan proves himself as the new rising star through OCN drama ‘Save Me’. He played the role of Suk Dong Chul and exuded a heavy charm. The atmosphere he was displaying through his eyes, showed a frightening character. Soon after, he got a chance to debut as the lead actor in the drama. He will play Kim Min Joon in KBS 2TV ‘Mad Dog’ drama. He will have a great chemistry with his co-star Yoo Ji Tae.

Jung Hae In is one of the newcomers who gets a lot of praise. His name becomes popular after appearing in ‘Yeah, That’s How It Is’ and ‘Goblin’. Currently, in SBS Wednesday-Thursday drama ‘While You Were Sleeping’, Jung Hae In co-acts with Lee Jong Suk and Suzy. He acts as a policeman named Han Woo Tak. Han Woo Tak is a figure who can see the future through dreams, similar to Lee Jong Suk and Suzy. He revealed that his presence and role are the hidden cards of the drama.

2PM’s member Junho debuted as an idol and is building his career as an actor. He appeared in the film ‘Cold Eyes’, ‘Twenty’, and drama ‘Chief Kim’. Currently, he will meet viewers with melo dramas. The new drama is JTBC Monday-Tuesday drama ‘Just In Love’, he plays a young man named Kang Doo and competes acting with Won Jin Ah. They will portray a fierce love for each other. The drama is scheduled to air in December.