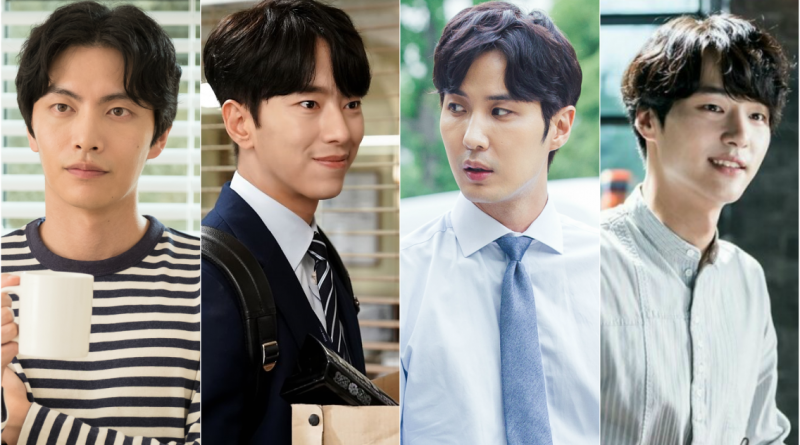 DRAMA
October 13, 2017 Ria 20th Century Boys and Girls, Because This Is My First Live, K-DRAMA, Temperature of love, Witch's Court

On the 9th, aired a drama which will be an important turning point for leading actors in dramas, and there are three new dramas airing at the same time zone. Between Lee Min Ki who got returned from a scandal, Yoon Min Hyun who is trying to raise from previous work, Kim Ji Suk who challenged himself to become the male lead of romantic comedy, and Yang Se Jong who has earned the title of ‘rookie monster’, who will smile first?

Through the new tvN drama ‘Because This Is My First Life’, Lee Min Ki returned to play in a drama after 3 years. He has a gentle and kind personality as well as such a beautiful visual. The actor is expected to show his unique charms through this drama.

Lee Min Ki’s interest in the drama drew attention because it was the first drama he stars after getting involved in unpleasant reports about him. The success of ‘Because This is My First Life’ seems more important than ever.

Yoon Hyun Min had fun through KBS 2TV’s new drama ‘Witch’s Court’. Previously, ‘Beauty Mind’ did not do really well. The audience’s evaluation was good, but the audience rating was not good, so he has to swallow his regrets. Of course, he got a lot of praise from the drama OCN ‘Tunnel’ by investigating Kim Sun Jae’s robbery detective case, but he got a lot of pressure working on KBS drama. Moreover, ‘Witch’s Court’ is more meaningful because it is Yoon Hyun Min’s first time to play the first leading role in a drama.

Yoon Hyun Min has a special experience as a psychiatrist and acts as a junior examiner for the first 10 months, who just started taking the exam. How he can capture the hearts of the audience by forming a chemistry between him and Jung Ryeo Won as Ma Yi Deum makes the audience curious.

He has shown great acting skills in romantic-comedy drama genres such as tvN drama ‘I Need Romance 2012’ and ‘Another Oh Hae Young’, but this is his first time to lead the drama as a male protagonist. The expectation of Kim Ji Suk is pretty high. He acts as an analyst, Gong Ji Won, who returns to his hometown after living abroad. This adds to the question of how he expresses himself in the sweet romantic comedy.

SBS ‘Temperature of Love’ took the 1st place in the Monday-Tuesday drama competition and received the love and enthusiastic support from viewers. For this drama, Yang Se Jong was paired up with Seo Hyun Jin. Yang Se Jong plays a chef named On Jung Sun and shows the charm of a younger man who gave his love only to his girlfriend. The result is satisfactory, andYang Se Jong plays a lovely and sweet character.

Yang Se Jong, who has captivated the hearts of female audience, is expected to be able to maintain his position as a top player this month.