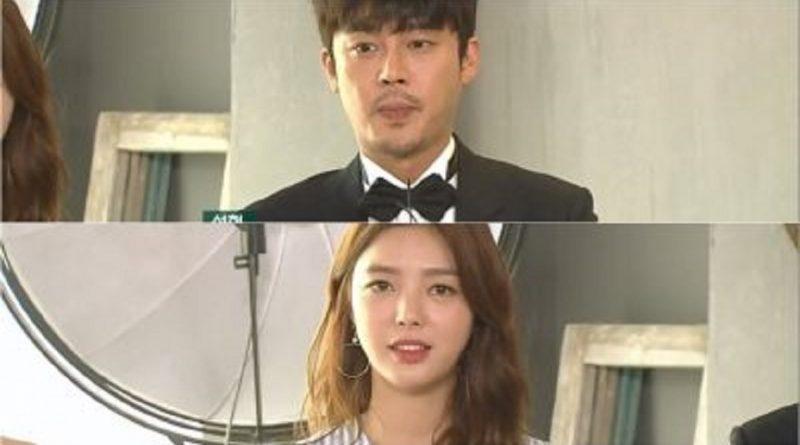 The new drama ‘Single Wife’ starts to reveal its progress. The first episode begins on August 23rd, and the ‘Single Wife’ team did a photo shoot for a drama poster. In the shooting location, Uhm Hyun Kyung stood between Sung Hyuk and Kwak Hee Sung and wore a wedding dress. “When looking at the poster, we will be curious and wondering why the woman is in the middle of two men. That is the concept of the poster we want to show” said Sung Hyuk.

The actors who met for the first time through their ‘Single Wife’ drama showed off their incredible chemistry. They looked like old friends who have met for a long time. The atmosphere in the shooting location was very cheerful.

Sungkyung stated, “Uhm Hyun Kyung is very funny. Her behavior is also very well suited to play in a romantic comedy. Se said she had never tried it”.

The actors of ‘Single Wife’ promise the viewers that they will dance to AOA song on the street if the drama’s rating reaches 3% or more. Before the airing of the drama, they will practice dancing to it by following Yuna’s teaching. Drama ‘Single Wife’ starring Uhm Hyun Kyung, Sung Hyuk, Kwak Hee Sung and Yuna will air on August 23rd. Good luck to the drama, and we look forward to it!

May 16, 2017 Tirta Comments Off on Celebrity Couples Use Instagram to Give Updates on Their Wedding Preparation
MUSIC VIDEO