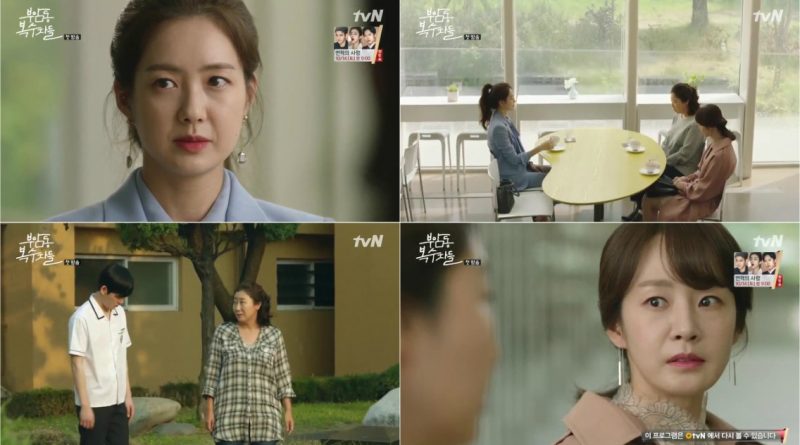 On that day’s broadcast, Kim Jung Hye felt hurt by being betrayed by her husband Lee Byung Soo who wanted to become an heir. She wanted to take revenge on her husband and happened to meet Hong Do Hee, Lee Mi Sook and worked together to get revenge.

Hong Do Hee had no choice but to take revenge. Her son, Kim Hee Su, was mocked at school because he is poor, he was involved in a fight incident at his school and was later accused of pushing the bully.

The bully and his parents just ridiculed Hong Do Hee who tried to apologize, after which the bully continued to make fun of and annoyed Kim Hee Soo. Hong Do Hee who could no longer withstand the treatment eventually worked with Kim Jung Hee.

Likewise with Lee Mi Sook, the wife of a professor who is struggling against a hard life. She continues to be violated by her husband who is in a higher social status. No one knows about the incident.

After she got hateful glances from her daughter, Lee Mi Sook recalled her life and was determined to take revenge on her husband. In the next trailer, Lee Soo Gyum, Lee Byung Soo’s step daughter joined the ‘Bok-Ja Club’. This makes the audience more curious.

On that day’s broadcast, Lee Yo Won, Ra Mi Ran, and Myung Se Bin showed their uniqe ‘womance’ relationship. Although their activities have not fully begun, the gathering of these three women makes the expectations for the next story to increase.

The drama ‘Avengers Social Club’ makes the audience impressed with its powerful characters. Reliable acting from Lee Yo Won, Ra Mi Ran, Myung Se Bin and the appearance of new actor Lee Joon Young make the audience more interested in the progress of the story in this drama.