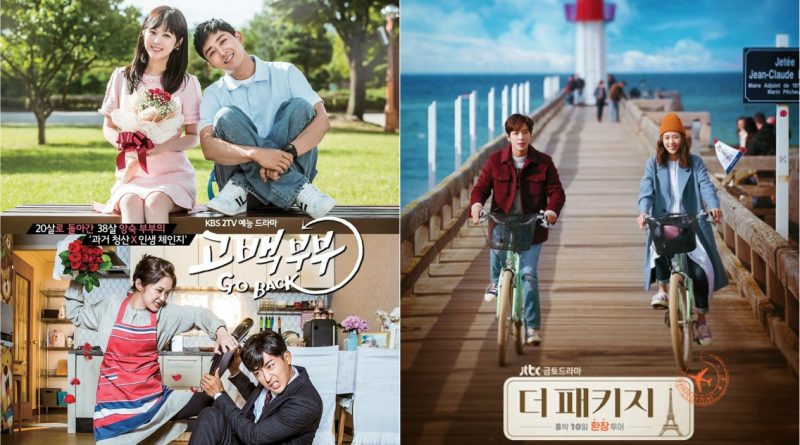 ‘Go Back Couple’ and ‘The Package’ aired its first episode on October 13th starting the fierce competition. After tvN moved its drama schedule to Saturday-Sunday since June, there are only KBS and JTBC which air Friday-Saturday dramas. These dramas air at 11 pm and become new rivalries.

Despite the fact that they have to spend the time together for almost 20 years, Jang Na Ra and Son Ho Jun feel no longer comfortable and feel their relationship does not work anymore.

‘The Package’ is a pre-production drama that completed its filming process early. This drama is another card from JTBC that has released drama hits this year such as ‘Man to Man’, ‘Woman of Dignity’ and ‘Age of Youth Season 2’. Lee Yeon Hee and Jung Yong Hwa have returned to the screen after a long time, other actors like Choi Woo Sik and Ryu Seung Soo also play a role in this drama.

Lee Yeon Hee transforms into a natural-looking tour guide, and the beautiful French landscapes have attracted the attention of many viewers. The viewer ratings are a bit disappointing compared to previous dramas. Viewers expect to see an increase in viewership so that the viewer ratings will not be too low.

Meanwhile, ‘Go Back Couple’ and ‘The Package’ air on Friday and Saturday at 11 pm.