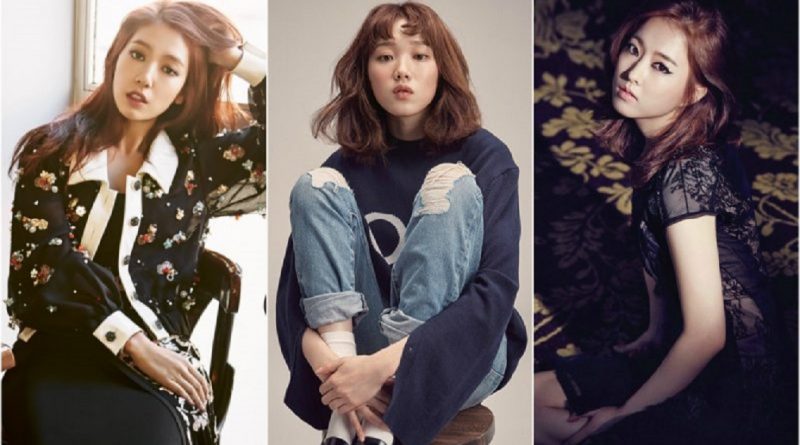 These three actresses are known for their acting. However, do you know that they’re also good at singing?

Park Shin Hye, who has started her career since childhood, is indeed a good artist. In addition to being good at acting, she is also very talented in singing and dancing. In 2009, Park Shin Hye contributed her voice to fill the soundtrack of the drama ‘You’re Beautiful’ in which she starred. In addition, she also sang for the drama ‘Heartstrings’ in 2011 with the title song ‘I Will Forget’, then drama ‘The Heirs’ in 2013 with the song ” Story ‘,’ Pinocchio ‘in 2014 with the title song’ Love Is Like a Snow ‘, and much more. So do not be surprised if Park Shin Hye always singing in her fan meetings, because her voice is liked by many fans.

Lee Sung Kyung is a 1990-born actress who started her career as a model. In 2015, Lee Sung Kyung appeared on the show ‘King of Masked Singer’, where every guest star had to sing while using a mask to cover their faces. In the event, she managed to surprise people with her melodious voice. Then in 2016, she had a duet with Eddy Kim in a song called ‘Sweet Kiss Like Coffee’. In 2017, Lee Sung Kyung was chosen by Psy to feature in the song ‘The Last Scene’, and the song managed to occupy the top position of various music charts.

Not many people know that the actress who plays in ‘Strong Woman Do Bong Soon’ has a good voice. In 2012, Park Bo Young filled the soundtrack of ‘A Werewolf Boy’ which he starred along actor Song Joong Ki. The title of the song that she sang was titled ‘My Prince’, and the beautiful mix of Park Bo Young’s voice with the soft tune made the song loved by many fans. In addition, in 2015, Park Bo Young also sang ‘Leave’, which was used as the soundtrack of her drama, ‘Oh My Ghost’.

March 2, 2018 Ria Comments Off on 5 Actors Who Are Trusted To Increase Ratings for Dramas
Rank&Talk TRAVEL

August 25, 2017 Ria Comments Off on SNSD Celebrates Their 10th Anniversary With Fans