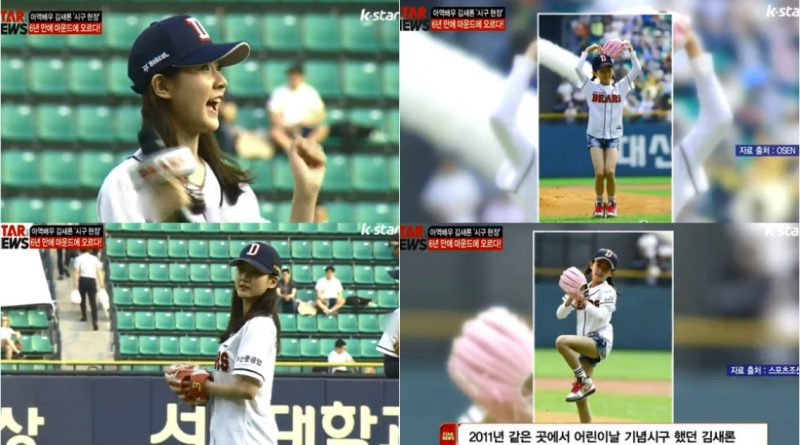 Actress Kim Sae Ron is known as one of the actresses to have thrown the first pitch in Jamsil baseball field. It’s been six years since she threw the first pitch, and to celebrate Children’s day, Kim Sae Ron returned as the goddess of victory.

On June 23rd, there was a match between Doosan Bears and Lotte Giants. As the goddess of victory, Kim Sae Ron attracted the baseball lovers’ attention. Kim Sae Ron wore a baseball jersey combined with jeans. She got into the field along with the mascot of Doosan Bears.

With her baseball glove, she posed in a strong manner and threw the ball to make her fans scream with cheer. Kim Sae Ron finished her pitch and gave a V pose praying for a win one more time.

Was victory obtained by the help of Kim Saeron who transformed into a great pitcher and an amazing supporter? Yes indeed, and Doosan won by 9:1 that day.

October 24, 2017 Ria Comments Off on [RANK AND TALK] 3 Idol Groups With The Most Fancafe Members
FOOD Rank&Talk