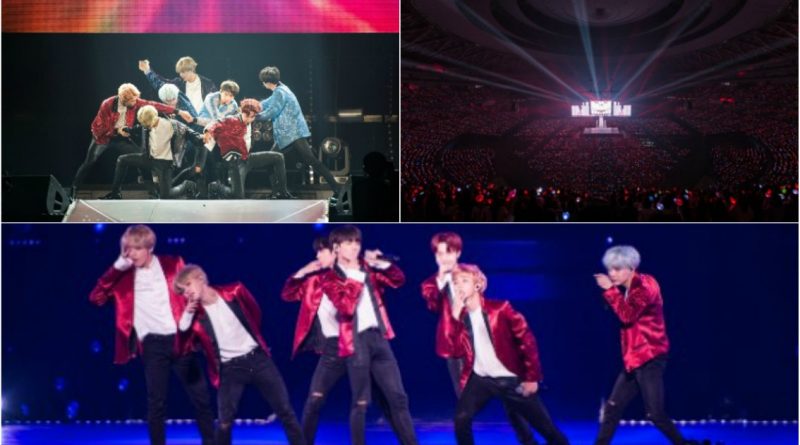 Bangtan Boys started the concert with ‘Not Today’ and presented various performances ranging from ‘Blood Sweat and Tears’, the Japanese version of ‘I NEED U’ and solo performances of each member and sub-unit group.

In addition, LOVE YOURSELF ‘Her’ album with the famous song ‘DNA’ got into the Oricon Chart Weekly, they became a monthly chart sweeper for made it into US Billboard Chart and Worldwide even including the official UK chart.

In addition, at this Bangtan Boys concert gave a surprise news release of the 8th single including the original Japanese songs and the Japanese version of ‘MIC Drop’ and ‘DNA’ on December 6th receiving a warm response from fans.

Bangtan Boys commented, “It is an honor to be able to meet so many audiences on such a big stage. Overall, it is very good and we are happy to do this together with ARMY (FanClub). I will show you better works and I will not forget these moments in the future.”

Meanwhile, BTS who last week completed promotional activities for ‘LOVE YOURSELF’ will continue their tour to Taiwan and Macau on October 21st, 22nd and November 4th.

August 3, 2017 Tirta Comments Off on ‘While Your Were Sleeping’ Releases Pictures of Lee Jong Suk and Suzy on Set
DRAMA VIDEO