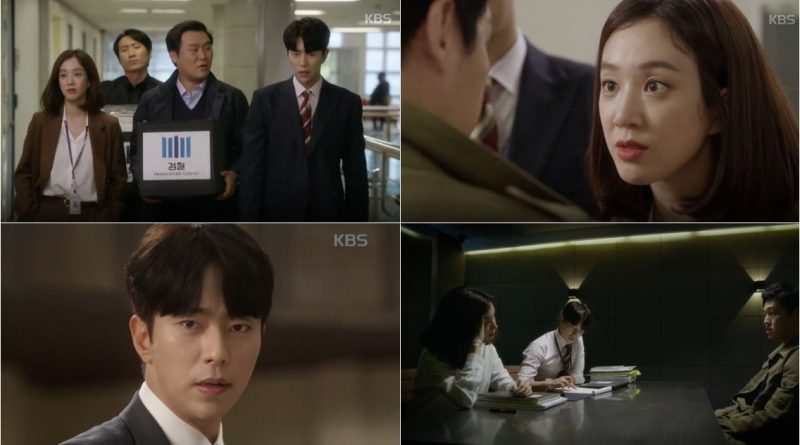 After the drama ‘Witch’s Court’ premiered on the 9th, its 3rd episode has slightly increased voewers attention. On the 16th, ‘Witch’s Court’ episode 3, depicted Ma Yi Deum (Jung Ryeo Won) and Yeo Jin Wook (Yoon Hyun Min) who were back working together and conducting an investigation to handle the case of ‘sex videos revealed to the public’.

The two began the investigations and identifed Kim Sang Kyun, a former lover of the victim, as a suspect. They also found other victims in the past and immediately started the investigation.

To prevent the destruction of Sang Kyu’s evidence, Yi Deum and Jin Wook prepared an arrest warrant and surround his perpetrator’s house. Eventually they got the evidence along with their co-workers. However,  the computer was not working properly. Kim Sang Kyun was released and allowed to go home because the team did not have proof.

Sang Kyun was looking for information about Yi Deum and planned a dangerous thing. Posing as a prospective tenant of Ma Yi Deum’s house, he went to see a real estate agent and visited her home.

He browsed Yi Deum’s house, while the broker was on the phone for a while, Sang Kyun installed a hidden camera at Yi Deum’s house. Yi Deum found a camera in her bathroom and got panicked. She also heard someone sneaking into her house, and the tension grew when the door opened.

Yi Deum turned off the light, held a fry pan and was ready to attack the dark shadows that approached her. The episode ended with a tense ending with the sound of footsteps. From the beginning of the investigation, ‘Witch’s Court’ revealed the shocking cases and Yi Deum who later became the victim. The 60-minute story was filled with tense and surprising scenes.