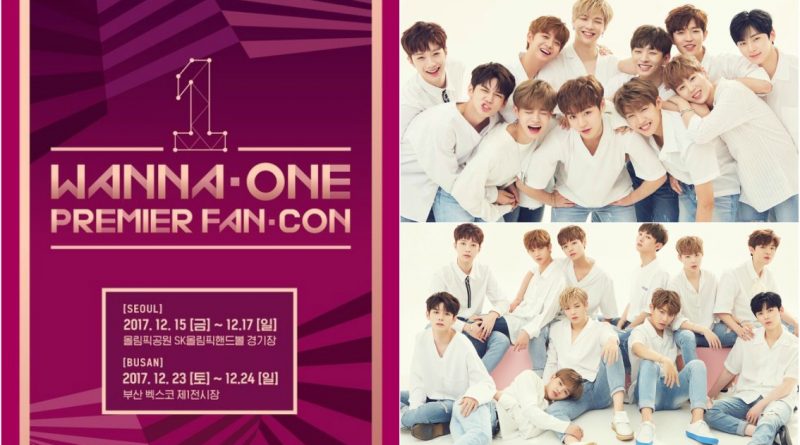 The sensational boy group, Wanna One holds the first local fan meeting since their debut 4 months ago.

On the 17th, Wanna One’s agency CJ E & M’s management revealed that the group will hold ‘Wanna One Premier Fancon’ across the olympic park at SK Handball Olympic Stadium for a total of 4 times for 3 on December 15th, 16th and 27th.

After that, they will continue fan meeting at BEXCO, Busan on the 23rd and 24th.

CJ E & M said, “‘Wanna One Premier Fancon’ is a combination of fan meeting and showcase, we decided to continue with the fan meeting for 6 time to thank Korean fans who have shown an explosive affection and support.”

Seoul concert ticket sales will start from the 24th. Fans are predicted to have a fierce competition to get the ticket after the announcement of ‘Wanna One Premier Fancon’ costs more than 1 million won.