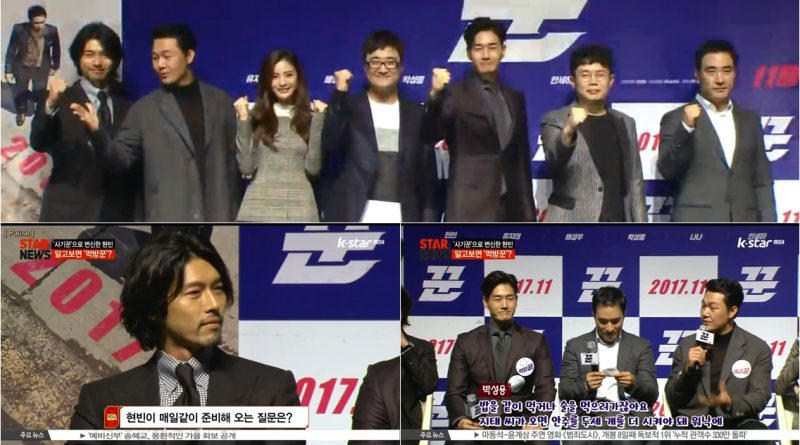 Hyun Bin who has the perfect visuals up to exceptional acting talent will act a ‘cheating character’. In the movie ‘The Swindlers’ Hyun Bin transforms into a fraud. In the press conference of the film ‘The Swindlers’, the chemistry between its actors can be seen.

Hyun Bin acts as a fraudster who chooses a fraudulent lifestyle in the movie ‘The Swindlers’. “I play as a very skilled swindler, a clever swindler who exceeds any con artist and always plans everything”, Hyun Bin said.

The chemistry of Hyun Bin and Yoo Ji Tae who transform into fraudster is highly anticipated. Hyun Bin said, “Every character has a different personality, the story and the characters that meet and the linkage in it, maybe you can see differently, depending on which character you see it.”

He and Yoo Ji Tae co-act for the first time through the movie ‘The Swindlers’. Hyun Bin confessed that he really likes this movie and keeps talking about it when he’s drunk.

In addition, other actors said that Hyun Bin is a person who has great love for food. He even asks silly questions like asking to have one food that you want to eat until you die. ‘The Swindlers’ will be released in November.