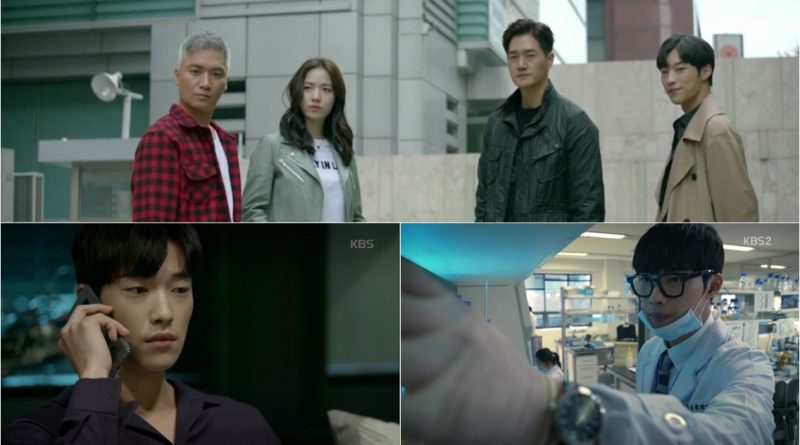 Woo Do Hwan from KBS2 ‘s Wednesday-Thursday drama ‘Mad Dog’ exudes a deadly charm. In the drama, Woo Do Hwan plays a fraud named Kim Min Joon. Kim Min Joon lost both parents to a plane crash and parted ways with his sister, Then he was adopted by a German, but he learned to live on the streets after being abandoned by his adoptive parents in Germany. Sometimes Woo Do Hwan hides his feelings, but his knees showed his past wounds and his secrets with the other actors, making ‘Mad Dog’ a remarkable drama.

On the 19th, in the episode 4, Mad Dog and Kim Min Joon work together. Kim Min Joon approached Han Seong Jin as a researcher from abroad. He became a different figure with thick glasses and innocent expression. He also pulled out mice in the laboratory to make people shocked and scared. In addition, Min Joon can also speaks German and English at the same time. With the keyword ‘player entry’, Jang Ha Ri entered the lab and showed a strong presence. At a crucial moment, he decided to break the front door, rescued another Mad Dog member who was in danger and proved that Han Sang Jin had tried to kill him while searching for the results of Lee Soo Oh’s new drug research.

Woo Do Hwan performs a good acting in comedy, melo, and action. He makes Kim Min Joon’s character becomes more fascinating. With a flexible character, a colorful and complex story that can not be found in other dramas, ‘Mad Dog’ manages to leave a strong impression.