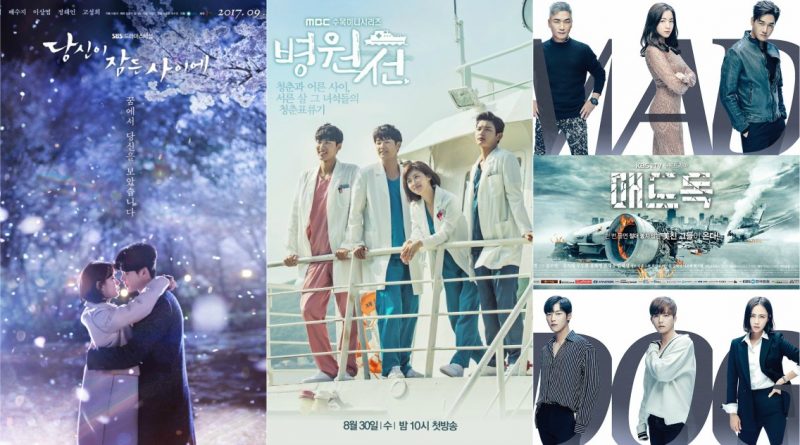 SBS ‘While You Were Sleeping’ drama was ranked 1st in Wednesday-Thursday drama competition with a slight difference.

According to Nielsen Korea for the dramas airing on the 19th, While You Were Sleeping received rating 7.9% and 8.9% for each episode.

Although this figure is lower than the 18th rated by 8.6% and 10.0% respectively, this rating is the highest among the dramas whing air at the same time.

Drama ‘Hospital Ship’ which airs at the same time was ranked second with a rating of 7.1% and 8.7%. It was left behind 1% from the drama ‘While You Were Sleeping’ and can catch up anytime.

Meanwhile, KBS drama ‘Mad Dog’ followed in the third position after ‘Hospital Ship’ with a rating of 5.5%.

September 2, 2017 Ria Comments Off on [RANK AND TALK] 4 Dramas That Will Air in September 2017
DRAMA Rank&Talk