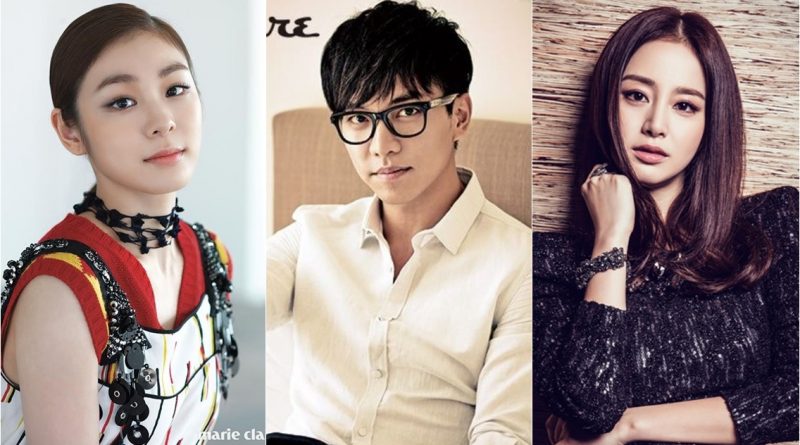 Moon Geun Young is a 1987-born actress known as ‘nation’s little sister’. Moon Geun Young started modeling when she was 10 years old and debut acting in 1999 as a child actress. Her first role was the young Eun Suh in the drama ‘Autumn in My Heart’ which later became a hits in 2000. She then took part in the horror movie ‘A Tale of Two Sisters’ in 2003. Moon Geun Young continues to strengthen her career with ‘My Little Bird’ and ‘Innocent Steps’ which reached the box office in 2005. In 2008, she became the youngest actress to receive the Daesang award through the drama ‘Painter of the Wind’.

Kim Yuna is a Korean ice skater. She holds the title of Nation’s Fairy because of the achievements that continue to bring the name of South Korea in the international arena. Yuna symbolizes flexibility and beauty while dancing on the ice. Her appearance while on the ice makes her look stunning and elegant like a fairy mother. Kim Yuna is also one of the 10 highest-paid athletes in the world.

This title is given to the figure who is considered to be the ideal boy whom parents love. Lee Seung Gi is a handsome actor who is also a singer and MC. He is known as one of the Korean actor who became a role model in 20s for having a positive image and a bright future. Also known as ‘Ballad Prince’, Lee Seung Gi has songs like ‘Because You Are My Woman’ and ‘Will You Marry Me’. Lee Seung Gi becomes a successful actor playing in various dramas such as’ My Girlfriend is Gumiho ‘,’ Gu Family Book ‘and’ King 2 Hearts’.Lee Seung Gi also joins several variety shows like ‘2 Days 1 Night’ season one. His success in three areas such as singer, MC, and actor also made him nicknamed ‘Triple Crown Prince.’ NLee Seung Gi is also known as one of the smart, courteous, and friendly entertainers.

This title is similar to Lee Seung Gi but the girl version. Kim Tae Hee is famous for her roles in the drama ‘Stairway to Heaven’, ‘Love Story in Harvard’, ‘Iris’, ‘My Princess’, ‘Jang Ok Jung’, ‘Living by Love’, and ‘Yong Pal’. in 2013 she was confirmed dating actor and singer, Rain. Kim Tae Hee then married Rain in January 2017 and is looking forward to the birth of her first child. Her extraordinary acting talent and her beautiful face make South Korean citizens give this title to her.

Actor Yoon Joon Sang debuted in 1997 through KBS 2TV drama ‘Wedding Dress’. He is the husband of Hong Eun Hee. Joon Sang got the dream husband title for playing the role of a husband in a popular TV series ‘My Husband Got A Family’. He managed to occupy the first position on viewership ratings in 2012.