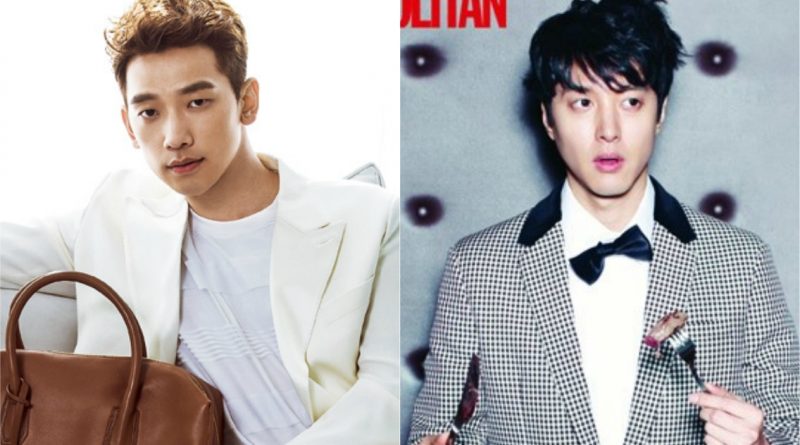 Actor Jung Ji Hoon and Lee Dong Gun are confirmed to play a role in drama ‘Sketch’. The two of them were actors from drama ‘Sang Doo, Let’s Go To School!’ that aired on 2003 and they will meet again after 15 years.

The newest JTBC Drama ‘Sketck’ that set to air this May is an action drama about people who struggle to change their future. One of them is a detective and the other one is a special sergeant that will work together to capture the killers.

First, Jung Ji Hoon will play a role of Kang Dong Soo, a great detective in the police service center. He is famous in between the othe police officers because his unique rethorical skill on solving the case and his dedication plus intuition on his case and works.

Lee Dong Gun who played a role of crazy king in ‘Queen for 7 Days’ and a diligent tailor will play a role of Kim Do Jon, a sergeant in a special operation command team. His wife was killed when she was pregnant and this motivated him to seek a revenge. In the process, he will met Jung Ji hoon and work together with him to solve the case.

Jung Ji Hoon and Lee Dong Gun met for the first time after 15 years as a sergeant from the special force and a detective and the two of them is expected to build and show a great chemistry from two different characters but with the same backgrounds, a man who lost their loved ones.

The production team of this drama stated, “Jung Ji hoon and Lee Dong Gun met in a drama when they were still in their 20s and now they reuniting in this drama after they are in their late 30s. I hope people will support and give them love on the first episode of the drama that fulls of actions and suspense ‘Sketch’”.

This drama is set to air after ‘Misty’ and ‘Pretty Noona Who Buys Me Food’.

November 10, 2017 Ria Comments Off on Korean Idols Who Have Perfect Body Proportion Despite Being Short
STAR VIDEO