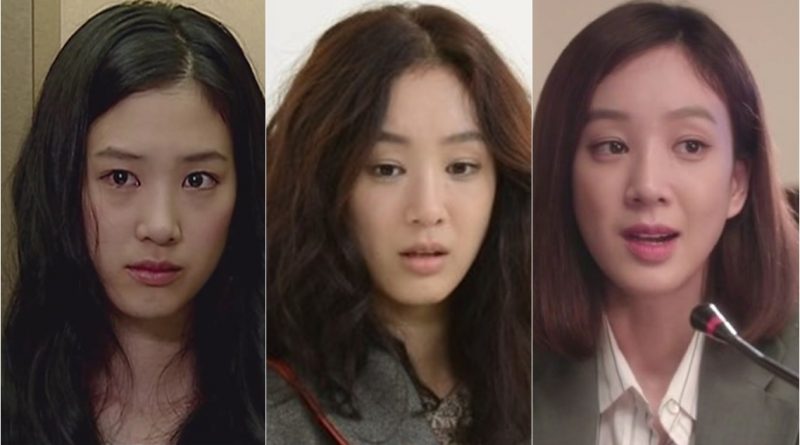 Actress Jung Ryeo Won once again manages to change her image. This time she becomes a strict prosecutor. Jung Ryeo Won acts as the prosecutor amed Ma Yi Deum in ‘Witc’s Court’ which ranked first for viewers rating. It proves she can act out any character given to her.

Jung Ryeo Won debuted as a girl band member Chakra in 2000. At that time, Chakra became a topic of conversation because of its unique concept. Jung Ryeo Won is loved for her beautiful body and pure appearance.

She starred in ‘Which Star Are You From’ as Kim Bok Sil, ‘History of a Salaryman’ as Baek Yeo Chi, The King of Dramas’ as Lee Go Eun and ‘Bubble Gum’ as Kim Haeng Ah. Jung Ryeo Won has various works with new characters and expanded her acting experience.

Then, there is KBS2 drama ‘Witch’s Court’. The drama tells the story of prosecutor Ma Yi Deum who is an expert prosecutor involved in various unexpected events along with prosecutor Yeo Jin Wook who are both transferred to a special division of crimes against women.

‘Witch’s Court’ handles cases of crime related to women and gives a strong impression. Relating to sexual crimes, attempts of rape, and other life problems like hidden cameras.

Jung Ryeo Won becomes a prosecutor for the first time through ‘Witch’s Court’ but she still shows great charisma. Having ambition for success, she expresses her acting transformation as an actress and makes the drama have great quality.

March 2, 2018 Ria Comments Off on 5 Actors Who Are Trusted To Increase Ratings for Dramas
MUSIC Rank&Talk