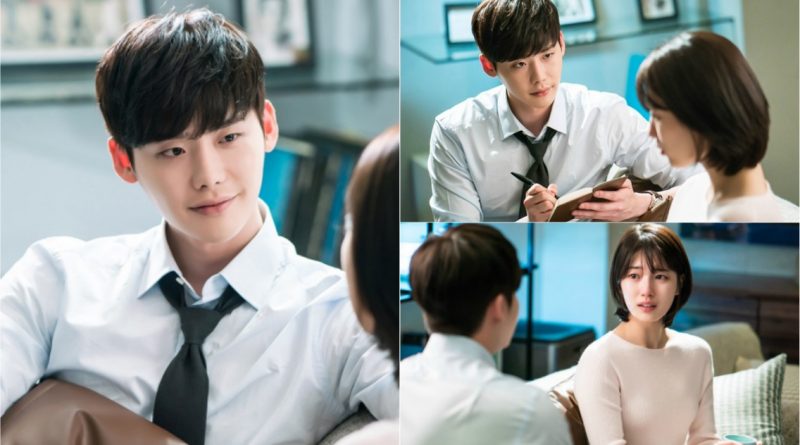 In SBS’s Wednesday-Thursday drama ‘While You Were Sleeping’ Bae Suzy was seen weeping in front of Lee Jong Suk.

Earlier in the SBS ‘While You Were Sleeping’ drama preview, Bae Suzy dreamed of Lee Jong Suk being stabbed with a knife by someone, then early in the morning she immediately searched for Lee Jong Suk to tell her dream. The audience was intrigued by the fate that will be experienced Lee Jong Suk.

On the 25th, the representative of the drama ‘While You Were Sleeping’ revealed that after Nam Hong Joo (Bae Suzy) dreamed of an injured Jung Jae Chan (Lee Jong Suk), she immediately approached the man. Jung Jae Chan who saw Nam Hong Joo finally calmed her down.

Later, photos of Hong Joo crying at Jae Chan’s house grabbed the attention of the audience. Jae Chan sat face to face with Hong Joo who was sobbing, her expression looking worried as she stared at Jae Chan.

In the next photo, Jae Chan stared at Hong Joo who cries with a warm glance, then stroked Hong Joo’s head and heard Hong Joo’s dream story calmly. After that, Hong Joo finally became calm thanks to Jae Chan. The audience are curious on what the two will do to change the dream.