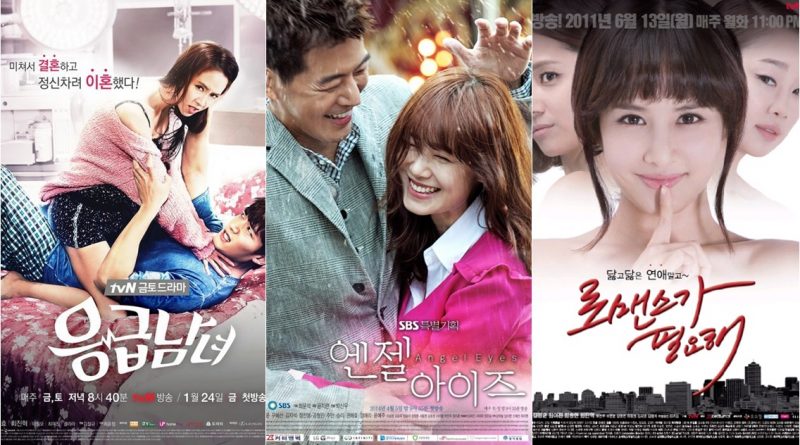 Most romantic stories in Korean dramas start from meetings. The male lead meets the female lead, then they fall in love. Such stories can indeed grab the hearts of viewers. But there is also a drama with opposite stories. The dramas below just start the story of the main cast with separation. The focus of the story in the drama centered on the process of both re-establishing relationships. Such stories are actually very realistic and experienced by many audiences. Plus, the theme can make us miss a figure in the past. Here is the list of dramas starting with separation.

Jin Hee (Song Ji Hyo) and Chang Min (Choi Jin Hyuk) are young married couples. Chang Min comes from a family of wealthy doctors. While Jin Hee was once a student in medical school. Their love feels sweet at first, so they decided to get married quickly. But because they are still young and have unstable emotion, many conflicts occur that lead them to divorce. After that, the two returned to study in medical school. Chang Min and Jin Hee reunited while they are undergoing their medical careers as interns. No co-workers know about their relationship. At work, the two often argue.

Park Dong Joo (Lee Sang Yoon) is a surgeon. While Yoon Soo Wan (Goo Hye Sun) works as a fireman 119. When she was young, Yoon Soo Wan could not see and got eye donor. Yoon Soo Wan and Park Dong Joon were the first love of each other. After Park Dong Joon’s mother died, he moved to a school in America. The day of his departure coincided with Yoon Soo Wan’s eye surgery. But Yoon Soo Wan has not had time to see his face until Dong Joon was gone. Several years later, Park Dong Joon returned to Korea and accidentally met Yoon Soo Wan. Dong Joon used his American name, Dylan Park so Soo Wan did not recognize him.

Sun Woo In Young (Cho Yeo Jung) is a 33-year-old single woman. She has a lover named Kim Sung Soo (Kim Jung Hoon) who works as a film director. Both have been dating for 10 years. Sun Woo hopes her boyfriend will propose but Sung Soo did not seem to have any intention of getting married. In Young accidentally kissed Bae Sung Hyun (Choi Jin Hyuk) at the nightclub. Apparently, Sung Hyun is the son of the hotel owner where Sun Woo works. Sun Woo hears Sung Soo sleeping with an actress named Kang Hee, she broke up with him and later dates Sung Hyun.

September 4, 2017 Gita Comments Off on [RANK AND TALK] 3 Korean Box Offices You Need to Watch!