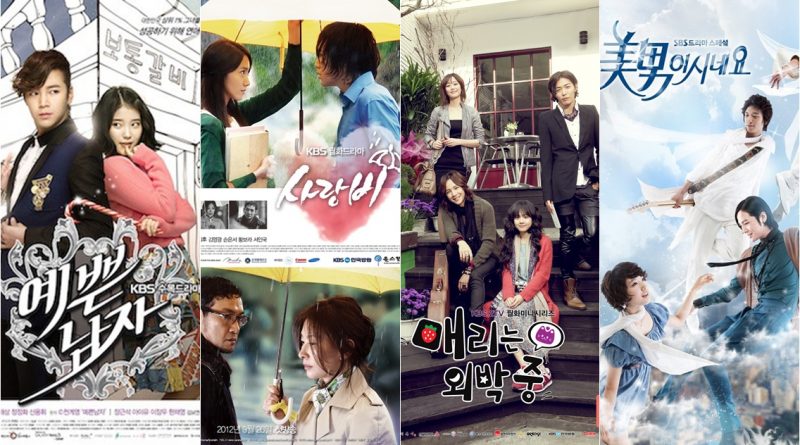 Jang Geun Suk is one of the leading South Korean actors who has starred in many dramas. He was born on August 4th, 1987 in Seoul. Jang Geun Suk is the only child from a small family. In addition to acting, Jang Geun Suk is also good at singing. He made his acting debut in 1997 through the sitcom ‘Selling Happiness’. Jang Geun Suk has a unique hobby of cooking. He achieved his popularity after playing the character of Hwang Tae Kyung in the series ‘You’re Beautiful’ with Park Shin Hye in 2009. In addition, he is also a famous philanthropist who often does charity events.

The drama produced in 2013 tells about Dok Ma Tae (Jang Geun Suk) as the most handsome man in the world. He is also ambitious and wants to make a lot of money using his handsomeness. Dok Ma Tae meets with Hong Yoo Ra (Han Chae Young), a former daughter-in-law from a wealthy family. Hong Yoo Ra understands Dok Ma Tae’s ambitions and is willing to be his mentor. Hong Yoo Ra gave mission to Dok Ma Tae to seduce 10 different women. The women are successful in their respective fields. Then a strange woman appeared before Dok Ma Tae. His name is Kim Bo Tang (IU), an ordinary woman from a poor family background. He has a great crush on Dok Ma Tae. The drama is adapted from a comic with the same title by Chon Kye Young. Starring Jang Geun Suk, IU, and Han Chae Young.

‘Love Rain’ has stories from two generations. In 1970, In Ha (Jang Geun Suk), an art student have friends named Dong Wook (Kim Shi Hoo), and Chang Mo (Seo In Guk). All three are popular in their school. One day Dong Wook and In Ha like the same woman named Yoon Hee (Yoona). Knowing that his close friend Dong Wook also loved her, In Ha decided to resign. Later in the present, Joon (Jang Geun Suk) meets Ha Na (Yoona) by accident at Hokkaido station, Japan. The first meeting of both can be said as meeting the enemy. They always fight every time they meet. But when he arrived in Korea, Ha Na and Joon were reunited with a different situation. Because Ha Na needs work and shelter, she is forced to work as a gardener in Joon’s studio and lives there. The longer the two become closer and their relationship develops. Then Ha Na learns that Joon is the son of In Ha, her mother’s first love. Ha Na and Joon are in crisis, whether they should defend their love or let their parents unite.

This is the debut drama of Jang Geun Suk. It’s about a woman named Mary (Moon Geun Young) who wants to stop her father’s plans. Mary and her family live in the midst of pursuing debt collectors. Then her father’s friend came to save them. But apparently, there is a reward for paying off Mary’s father’s debt. Mary had to marry the son of her father’s friend Jung In (Kim Jae Wook). Mary asks Moo Kyul (Jang Geun Suk) to pretend to marry her.