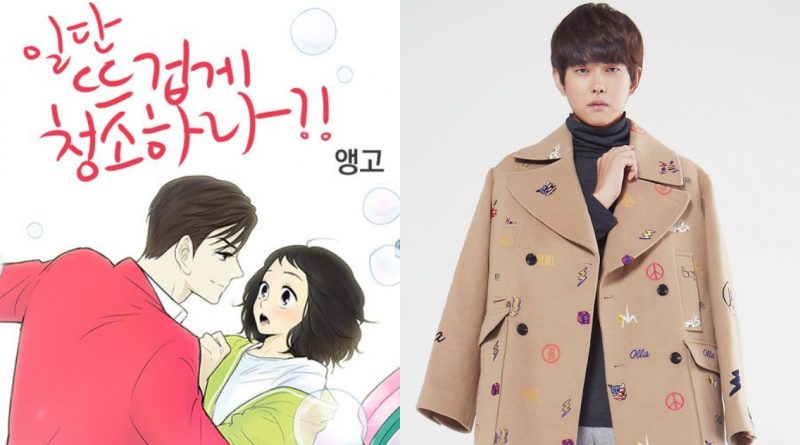 In JTBC’s newest drama ‘Clean with Passion for Now’ that is set to air this November has confirmed that Yoon Kyun Sang will play the role of CEO of a cleaning company named Jang Sun Gyul.

‘Clean with Passion for Now’ will tell a story of a woman named Gil Oh Sol that trying so hard to survive while ignoring her hygiene and Jang Sun Gyul, a CEO of a cleaning company that is blessed with good looks and fortunes. This drama gained a lot of attention from the local and global fans since the news broke out because this drama was adapted from a popular webtoon with the same title.

Yoon Kyun San will play the role of Jang Sun Gyul, who is a CEO of a cleaning company that is a total clean freak. Gil Oh Sol started her new life after graduating and uses her innocent to achieve success before she met Sun Gyul.

Kim Yoo Jung will play the role of Gil Oh Sol, a student who is about to graduate and is currently searching for jobs. Song Jae Rim will play the new character named Choi Gun who is not even originally in the webtoon. He might be a jobless neighborhood guy but he is blessed with a good look and great appearance that made him look like a model. Yoon Kyun Sang will also joined these line up of artists that made the expectation of the fans towards this drama is already high.