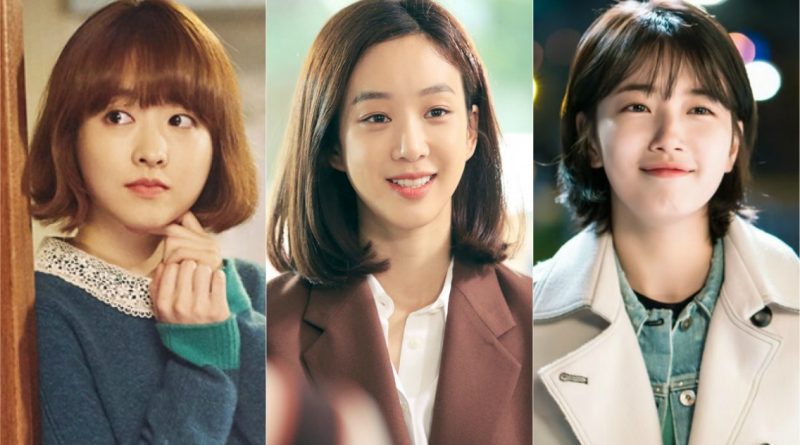 One of the representatives is the Friday-Saturday drama JTBC ‘Strong Woman Do Bong Soon’ starring Park Bo Young. Do Bong Soon who is played by Park Bo Young is a girl who has incredible strength from childhood. The drama is based on Do Bong Soon that captures criminals who kidnap women thanks to her power. The appearance of such female knights makes the subject fresh and attracts much attention.

At the beginning of the episode, Ma Yi Deum (Jung Ryeo Won) is a prosecutor who does not care about her victims just to reveal the real reason behind the case of sexual harassment, Yeo Jin Wook (Yoon Hyun Min) is portrayed not liking Ma Yi Deum’s personality. The confrontation between the realistic Ma Yi Deum and the humanist Yeo Jin Wook and the conflict between the characters succeeded in providing a new atmosphere in the drama. In the episode on the 24th, Ma Yi Deum drank until she was drunk and kissed Yeo Jin Wook, it makes the relationship between them more interesting.

It can also be seen through SBS’s Wednesday-Thursday drama ‘While You Were Sleeping’ starring Suzy. In this drama, Suzy plays Nam Hong Joo who is actively and daring to show her true feelings. She expresses her feelings first to Jung Jae Chan (Lee Jong Suk), she also tells of her dream and tries to save those who appear in her dreams for the future to change. The drama ‘While You Were Sleeping’ presents a romantic comedy story about Jung Jae Chan that comes up every time Nam Hong Joo is having trouble, but it needs to be underlined that the love story of female character related to solving cases can be interpreted as a fresh story in Korean drama.