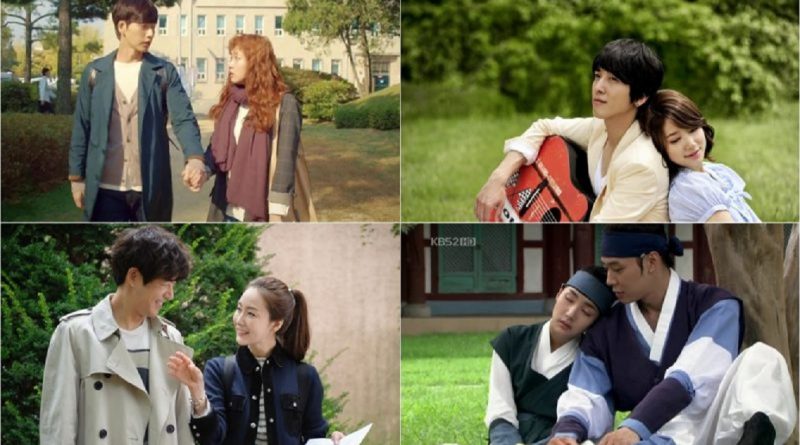 Korean dramas often present diverse themes. The background of campus life is one of the unique themes that can show how students there learn and live their days. Want to know any Korean drama that tells the world of college life there? Here’s a list of the dramas recommended for you who are curious about the student life in Korea!

1. Cheese In the Trap

Based on a webtoon with the same title, ‘Cheese In the Trap’ tells about Hong Seol (Kim Go Eun), a student who has a normal life. She must study hard to get a scholarship. Hrt life and appearance were mediocre. Hong Seol is actually quite popular because she is smart and is often used by friends of her group. But her presence on campus is almost invisible. Then all changed since senior Yoo Jung (Park Hae Jin) started coming into her life. Yoo Jung’s physical appearance and intelligence are perfect, plus he is a conglomerate and is loved by many women in his department. But Hong Seol sees Yoo Jung as a strange person and he will make Hong Seol’s life difficult.

Set in the college, ‘Heartstring’ tells about the romance of teens who seek to achieve dreams, love, and friendship. Kyu Won (Park Shin Hye) is a cheerful student and a master of gayageum (Korean traditional musical instrument). She majored in the traditional music department. Kyun Won also comes from a family who are adept at singing pansori. Shin (Jung Yong Hwa) is the famous and handsome campus band guitarist. He majored in music. Both come from a different family background. At first, Kyu Won and Shin are like enemies who often have a quarrel, but then both start to fall for each other.

If the college life that appears in the drama usually has a popular and handsome male main character then falls in love with an ordinary woman, the drama ‘Twenty Again’ is so different from our imagination. Ha No Ra (Choi Ji Woo) is already 38 years old. Ha No Ra dreamed of being a dancer. Then she married Kim Woo Cheol (Choi Won Young) and has a child at the age of 19 years. It made her unable to continue her study and she had to focus on her job a wife and a mother. Ha No Ra is diagnosed with a severe illness and she wouldn’t live long. Unbeknownst to her son and husband, she decides to go to the same campus with her son Min Soo (Kim Min Jae). She seemed to return to her life at the age of 20 years.

Sungkyungkwan is a university aged over 500 years who still stands until today. 4 handsome young men study at Sungkyunkwan and tell their romance and friendship stories against the background of the Joseon Dynasty. Kyun Yun Hee (Park Min Young) is a smart and independent woman. Since her father died, she had to work hard to support her family. Back in the days, women were not allowed to go to college while Yun Hee had a strong desire to learn. Eventually, she disguises herself as a male then meets Lee Seon Joon (Yoochun), an arrogant handsome man. Through this drama, we can see the life of Korean students in the Joseon Dynasty era.

From the dramas mentioned above, which one is your favorite?

August 29, 2017 Ria Comments Off on Great Actors Are Lining-Up For The Movie ‘Fortress’
VIDEO