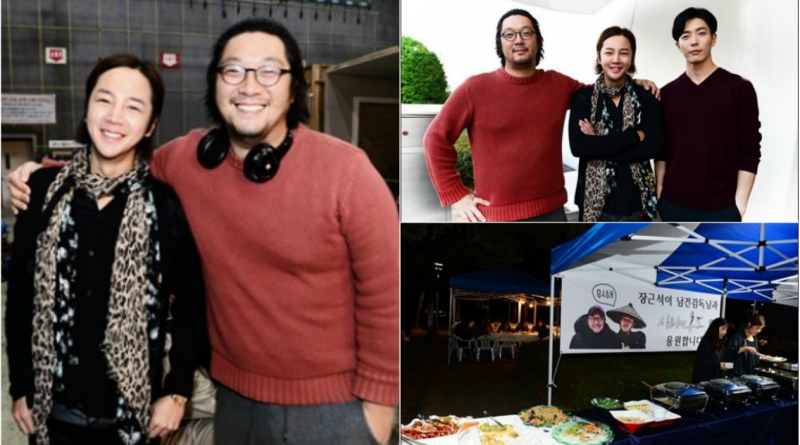 Actor Jang Geun Suk visited the set of ‘Temperature of Love’ and gave a gift of a food car as a form of support to director Nam Gun.

Jang Geun Suk came to the set of SBS TV drama ‘Temperature of Love’ at 6 pm on the 27th and offered food to the staff and fellow actors. Jang Geun Suk presented a food truck for 120 people which is said to have been planned long ago by Jang Geun Suk for the production team who has worked hard filming the drama.

Jang Geun Suk also met Kim Jae Wook who worked together with him in ‘Marry Me, Mary’ in 2010. He also talked about the character ‘Jung Woo’ played by Kim Jae Wook and applauded him for playing as ‘the cool man’.