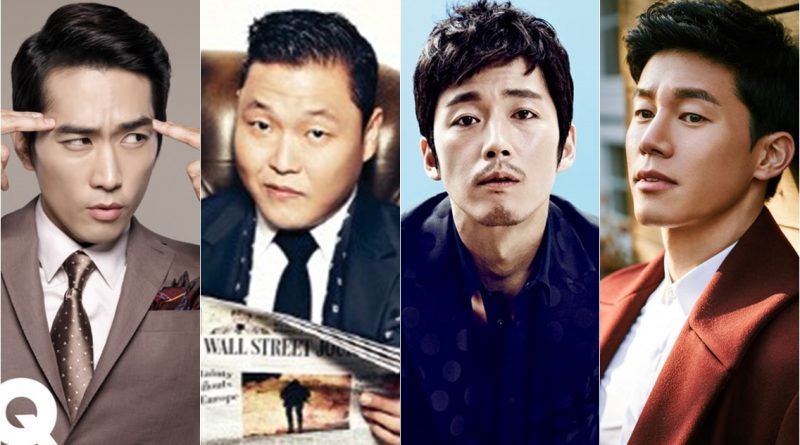 South Korean men must perform military service for a certain period. They will be trained in military service for approximately 21 months. For male celebrities, their absence in the entertainment world is difficult, especially when their names are on the rise. It becomes heavy because they must take a break for 2 years. Sometimes there are fears fans will leave their idols because many idols and newcomers have come up. So there are some celebrities who deliberately avoid the military.

In 2004, Song Seung Hun once falsified the result of his health examination. He deliberately drank drugs that make him not pass the health test. As a result, he was diagnosed with high blood pressure and diabetes. But the fake test results were found out by the government and Song Seung Hun admitted his mistake. He apologized to the public and served in the military on November 15th, 2006.

The singer whose name has been recognized worldwide thanks to ‘Gangnam Style’ has apparently never experienced problems related to the military. He reportedly followed the military in division 4 in 2003. PSY placed office work. But according to local reports, during his military period, PSY has held more than 52 concerts and appeared on television. As a consequence of his actions, PSY must repeat his military service in 2007.

Just like Song Seung Hun, Jang Hyuk also falsified the results of medical tests and deliberately drank drugs. The Korean netizens were quite furious with the action and make Jang Hyuk pressured. He immediately reported himself to undergo military service.

The reason Moo Yeol used to avoid the military is quite unique. He said he was too poor. His father has died and Moo Yeol became his family breadwinner. If he follows the military for two years, he probably will not make any money. But the pressure from the public made Moo Yeol finally carry out military service to clear his name.

Trying to maintain a career in the wrong way will produce something bad. The act of avoiding the military for the sake of career would be a boomerang for them. Fortunately, the four artists finallt perform their duties as a good South Korean man.