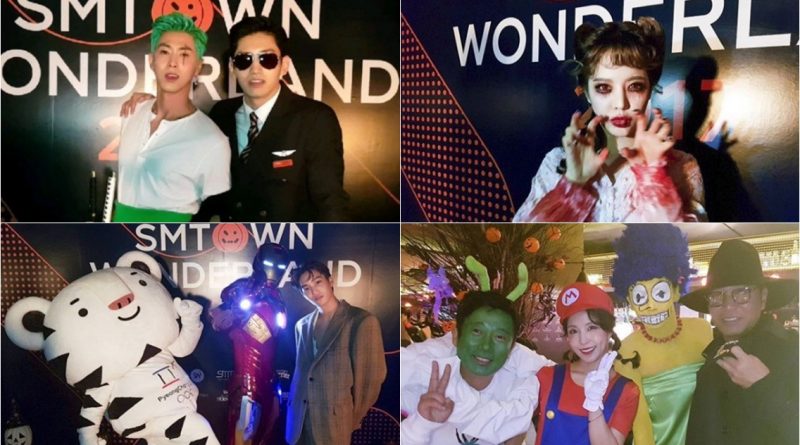 Lee Soo Man looks like a character in the drama ‘Goblin’, along with his photo he also wrote, “Good day, bad day, the right day …. every day is a beautiful day” which refers to the script in the drama.

At the party there was SNSD’s Yoona who looks like Matilda in the movie ‘Leon’, Taeyeon as Nemo from ‘Finding Nemo’, Hyoyeon wore a school uniform, and Sunny transformed into the ghost Annabell. Joy Red Velvet as MISS SM, Irene became Audrey Hepburn in ‘Roman Holiday’, Seulgi as Cleopatra, Yeri as Belle in ‘Beauty and the Beast’, and Wendi as the character in ‘Kingsman’.