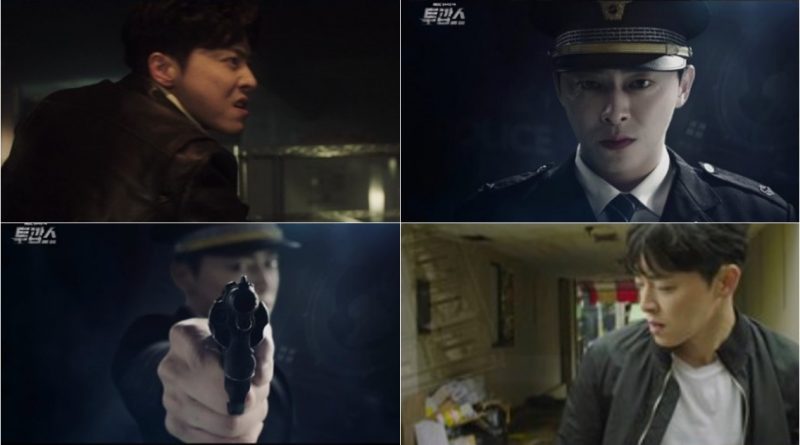 MBC’s new Monday’-Tuesday drama ‘Two Cops’ which will premiere on November 27th released the first teaser video of Cha Dong Tak, a homicide detective played by Jo Jung Suk. ‘Two Cops’ is a fantasy investigation drama that tells of Cha Dong Tak detective (Jo Jung Suk) who is possessed by a deceitful spirit and Song Ji Ahn (Hyeri) who is a socialist journalist.

The video teaser begins with a chase in the middle of the road that makes viewers’ hearts thumping. Jo Jung Suk made his opponent silent with intense eyes, he exudes the charm of a policeman. He dressed in a police uniform and pointed his gun at the sharp eye-catching villain, which already showed Cha Dong Tak’s detective charm.

Jo Jung Suk plays two characters, Cha Dong Tak, a fiery detective and a deceiving spirit who possesses him. The first teaser video of ‘Two Cops’ featuring Jo Jung Suk makes viewers very excited and curious about the story. This drama will be a new fantasy about an inquiry that will give freshness in the second half of the year. ‘Two Cups’ will replace the drama ’20th Century Boy and Girl’ on November 27th.