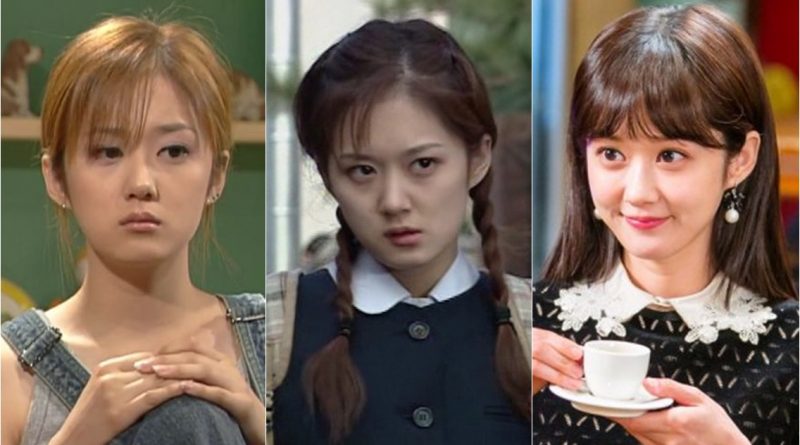 Jang Nara again finds a new life character. Jang Na Ra started her acting career in 2001 through MBC drama ‘New Nonstop’. Since then, she always has a plain and youthful appearance that is loved by many viewers. At that time, many male fans fell in love with Yang Fong Geun. After that, in 2002 she was casted as Cha Yang Soon’s character and competed acting with Jang Hyun in MBC’s ‘Successful Story of a Bright Girl’. That’s when Jang Na Ra first got the title of ‘Queen of Romantic Comedy’. Even the female audience smile when they saw her acting cute and innocent.

Through the two works, she is known as the Top Star of South Korea. Then ‘My Love Patzzi’ ‘Love Is All Around’ ‘Baby Faced Beauty’ and ‘School 2013’ won the award. Jang Nara also shocked Asia while performing in China. Although KBS drama ‘Remember You’ in 2015 and ‘Happy Ending’ in 2016 failed in the rating, still many are waiting for Jang Na Ra.

In KBS ‘Go Back Couple’, Jang Na Ra acts as Ma Jin Joo. ‘Go Back Couple’ is a drama that tells about a couple who regretted their marriage. In the drama, Jang Nara plays Ma Jin Joo who is tired of taking care of her son and her husband Choi Ban Do (Son Ho Joon) and has decided to get a divorce.

She had to act when Ma Jin Joo was 38 years old and 20 years old so her character changes considerably. But Jang Nara adds fun and delightful charm to her unique character and fascinates viewers. When playing a 30-year-old, she shows a tired character facing a chaotic life and dominated by taking care of a child. She does not use a lot of makeup and her clothes are dirty stains. He meets young women who dress beautifully in good clothes on the street, a time when he also felt it.