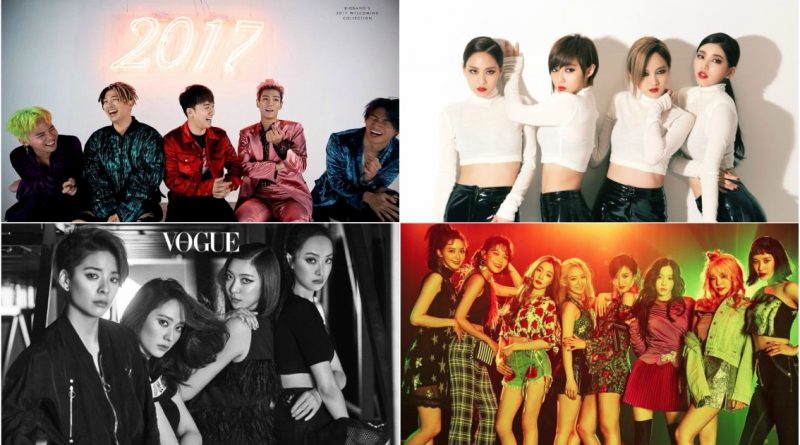 The end of contracts between the agency and the members made the speculation that some of the group would be disbanded. Because if at some point some members decide to leave their agency, they will find it difficult to arrange a schedule to gather together to think of a joint project. Therefore, the ending contract makes fans more worried that they will disband. Here are some groups that are rumored to be disbanded in the near future.

Although already denying the rumor, SNSD remains predicted as a group that will disband in the near future. This happens because the members are considered as having found their own way. Jessica chose to have a solo career. Sooyoung and Seohyun also left SM Entertainment to focus on acting. Meanwhile, Tiffany chose to go to America to take acting classes.

Miss A’s contract with JYP Entertainment has ended this year. Although previously Suzy has decided to continue her career with the agency that raised her name, Jia first decided to leave the agency and leave the group Miss A. Recently Min also decided not to join the JYP which makes members Miss A remaining only 2 members, Fei and Suzy. There has been no further clarification on the disbandment of the group, but with the departure of Jia and Min it is considered as a sign that the group will end a joint career in the near future.

Not only this year but from previous years too F (X) is always most often rumored to be disbanded. This is because the group is often ignored by SM. Approximately for 3 years F (X) has not make a comeback let alone release the album. Sulli had already decided to leave after this happened. Predicted with rumors lately, F (X) will be disbanded in the near future. Krystal is predicted to follow her sister in a new agency.

Bigbang also was said to be disbanded because it has not been active for a long time, but all that was refuted with them holding a 2017 welcoming collection of Bigbang photos with complete members. Although they are busy with solo careers, they still take the time to make a project together.

May 16, 2017 Tirta Comments Off on Ok Joo Hyun Talks about Her Latest Drama Musical, ‘The Bridges of Madison Country’
STAR VIDEO